However, it’s 2021 and several tech-savvy minds have already devised safer workarounds to enjoy an uninterrupted supply of media and functional resources. Then again, accessing torrents or rather downloading via these dubious services is prohibited in certain countries, owing to issues related to piracy.

Besides, as torrents come forth as P2P services, you aren’t actually aware of the file and folder inclusions. Therefore, unabated torrenting often exposes you to cybersecurity threats and other attacks. Moreover, it is excruciatingly hard to find trusted torrenting websites that are more accommodative towards user security and adhere to the bare essentials of digital identity.

Put simply, torrenting is mostly unsafe; unless you are confident about the legitimacy of the website and the potency of your computing resource, necessary for accessing torrents, magnetic links, and other tools.

For those who are still in the Dark!!!

Torrenting is basically an uncomplicated form of file sharing where you do not actually download the resources from the web but from another user. This is why we prefer tagging the same as P2P sharing. While the speeds are fast, courtesy of the Seeder and Leecher concept, safety is always an issue. Although torrenting VPN takes care of the threats by preserving anonymity, it isn’t a full-proof solution. Moreover, much like any other online activity, even torrents come with their share of threats, which in no way undermine their popularity.

Why is Torrenting still preferred despite the Threats?

On a lighter note, it is still easier and feasible to grab a pen from someone at home rather than dressing up, rushing to the shop, and purchasing one. Speculations aside, torrenting makes larger files and resources more accessible by ensuring faster downloading. Besides, torrenting is a preferred mode of pushing updates for tech-giants like Microsoft, as it helps them reach out to a massive user base, in almost no time.

Torrenting, as we know it, is strictly decentralized and is often preferred by bigger firms like Blizzard, specifically to distribute sizable games, in a secured manner. Sounds counterintuitive right!

Not exactly as torrenting, if initiated safely and discreetly can also be the safest file and update sharing method. One such example has to be the file synchronization system based on torrents. While the method and technology are unquestionably class-leading, it is the approach that matters, when torrenting is concerned. 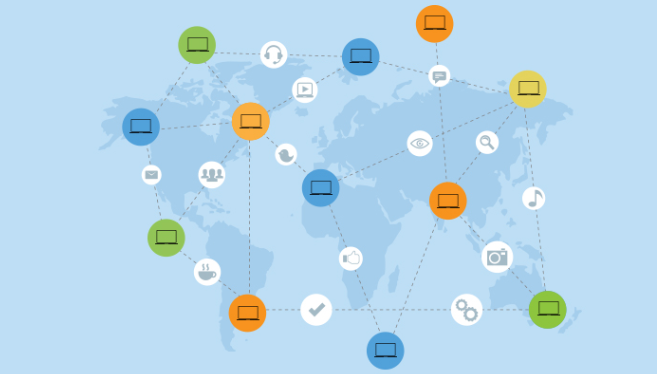 What are the Threats to be Aware of?

Any file you download, regardless of the server-based usage or P2P access, needs to be checked for malware and even viruses. However, as torrents allow you to pick files from other users, the integrity of downloads is certainly a matter of concern. Believe it or not, torrenting resources are always on the radar of unscrupulous advertisers and hackers, who plan on infecting systems for gaining access or initiating phishing attacks.

What compounds the threat is the lack of information regarding torrent usage. While your system anti-virus can weed out the shady files for you, it is still advisable to opt for trusted torrenting websites like YTS and more to make life easier.

Unlike files downloaded directly from servers, P2P files and resources are often erroneously named. Therefore, you might end up downloading some copyrighted stuff without even knowing, which might land you in some legal trouble. Getting a VPN is a good option to scale beyond this unwitting or non-deliberate issue.

If you didn’t have an idea regarding ISP throttling, it’s high time to be more attentive towards the internet speeds. Service providers who identify torrenting habits to and from your machine often end up slowing the speeds or rather throttling the same to discourage the transfers. While this isn’t actually related to the legal domain, it serves ISPs right as torrenting is often associated with larger files and extensive bandwidth usage.

A good VPN can help with anonymity and even the ISP fails to ascertain your internet usage patterns, which eventually takes care of speed throttling and similar issues.

While torrenting does affect your cybersecurity posture, it certainly comes with its share of advantages. Firstly as you download data via central servers; it becomes easier to share massive volumes of data in the least possible time. Besides, setting up a torrenting website is easier as the torrents and list of peers are pretty small as compared to the world of centralized servers.

Moreover, it is difficult to block torrents as there isn’t a central server to work with but only a shadow unit that houses the list of peers and the relevant IPs.

Torrenting is fun and highly resourceful as it allows you to get access to your preferred media and content stores in almost no time. However, it is the torrent usage that comes forth as a matter of concern and you should be aware of the content you are downloading, scan the same before installing or opening, and always consider a VPN to steer clear of the ISP restrictions.

The “Why not?” »Send culture by mail

The “Why not?” »Send culture by mail

Freddie Mercury and the queen protagonists of a game for smartphones