« Lille is marked by a very strong street art identity, vandal or legal, that artists and associations have been striving to relentlessly bring to life for decades. », Can we read in The guide to street art in France published in 2019. One thinks in particular of the BIAM (biennial of mural art) led by the Renart collective that has given rise to a series of works in the four corners of the city. The most recent edition, in 2019, associated with the lille3000 Eldorado season, was even extended to Lomme-Lambersart, Saint-André or Villeneuve-d’Ascq. In Lille, pay particular attention to the frequent interventions of local artists such as Mimi The Clown, the Les Poissons collective, The Dude Company, Mister P. or Kelu Abstract. Also to see are the events around the Flow and Gliding Hall, high places of hip-hop and urban culture.

Vibrant and popular, with a glorious industrial past (“the city of a thousand chimneys”), Roubaix is ​​ripe for urban experimentation. The XU festival (dance, music, frescoes, etc.) is held every year (next edition scheduled for June) and it is in the Condition publique where the great exhibition “Street Generation (s). »(45,000 visitors in 2017), continued until 2022 by Next Generation (s), with a large return. The Pile neighborhood follows the path of various artists, Vhils, Crash, C215, Tarek Benaoum, Nasty, Psyckoze or Rémi Rough, to which new creations are added, such as Mr VoUL, Jef Aerosol or Ted Nomad for example.

The street art map can be downloaded from the website of the Roubaix tourist office (Click here). It has three different walks (on foot through the city center; on foot through the Condi; by bicycle to mix the two). The tourist office also continues to offer guided tours on the second Saturday of the month: Roubaix Graff Session, from 2:30 p.m. to 4:30 p.m., € 9. Reservations in www.roubaixtourisme.com. Telephone. : 03 20 65 31 90.

Less identified than Roubaix as a city of street art, Tourcoing cultivates urban expressions and highlights “the diversity of artistic styles”. Abstract painting (Tiobalouz), recurring character (Lem, Freaks, Mister P.), lettering, pop culture, stencil, calligraphy, etc. The tourist office offers on its website a route of about 7 kilometers (It’s here) at 24 points of interest, part of which is more concentrated in the center and the other on the side of the Union area. The guided tours that have just been resumed with the tourist office also have a section dedicated to street art in the Unión area: meeting on the third Saturday of the month (next departures on February 20 and March 20 from 2.30 p.m. to 4 p.m.) in front of the facade of the old Terken brewery, quai d’Anvers in Roubaix. Participation, € 5; Reservation required on 03 20 26 89 03 or by email [email protected], group limited to 5 people.

On its blind and gray pediments, the city has decided to make painting flourish in recent summers. “A true open-air museum. This is the ambition achieved by the Street Art festival which, in five editions, has created a rich exhibition of 33 frescoes to admire in all the city’s neighborhoods ”, we can read on the website of the city council. Large-format figurative works, colorful, for the most part, that impress and some of which make reference to fishing and the sea (that of Jarus, rue Faidherbe, or that of Case_Maclaim, rue des Pipots, not forgetting that of ‘ Alaniz, inspired by the scrap collectorby Francis Tattegrain, rue Thiers).

The map can be downloaded from the city’s website (here), has three routes of one hour and a half, two hours or three hours, to be done on foot or by bicycle. Guided tours are organized in summer, especially with the “Bus-Expo”.

The madness is more recent in the other large port city on the Opal Coast. We remember that Banksy had anguished Calais in 2015, when he carried out three works in the city, on the beach and near the Selva, alluding to the destination reserved for refugees. Proposed in 2020 by the municipality as part of Calais reinventing summer, the Calais Street Art Festival has given rise to great frescoes, with the help of around fifty artists, local and international. At the origin of the project, the artist from Calais Vyrüs, whose real name is Nicolas Flahaut. Note in particular the portrait of a Minck inhabitant by artist Swed Oner in the Courgain maritime district.

The route can be found on the website of the tourist office (It’s here) and has 30 points. A map at the scale of the agglomeration is promised “soon”.

A little further afield, in Hauts-de-France and beyond 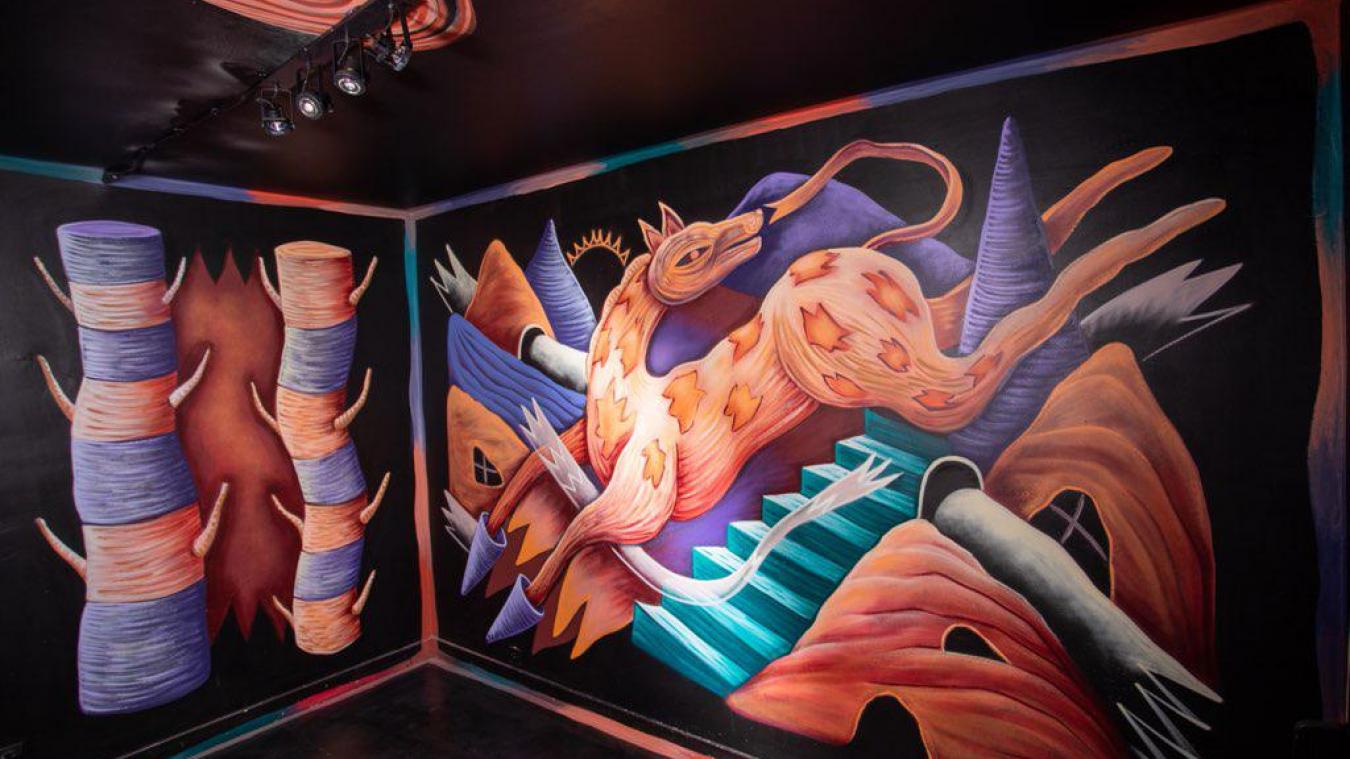 If you followed the Paris 13 Tower, House (Toul) and Married (Charleville-Mézières), you know the principle: an HLM building promised to be demolished, and the street art enthusiasts who mounted the insane project to completely graffiti it. In Abbeville, with Transition, an “ephemeral space of urban art”, a building of twenty apartments is redecorated, inside and out, all the rooms to the bathrooms, from floor to ceiling. It is, they say, very immersive, we find ourselves immersed in atmospheres: seabed, gangster landmark, forest at sunset. All techniques and styles are represented. The short-lived exhibition was scheduled to begin on January 16 and end on June 27, when the building will be destroyed. Due to sanitary conditions, the opening date has been postponed (to continue on the project website, on Facebook and On Instagram). 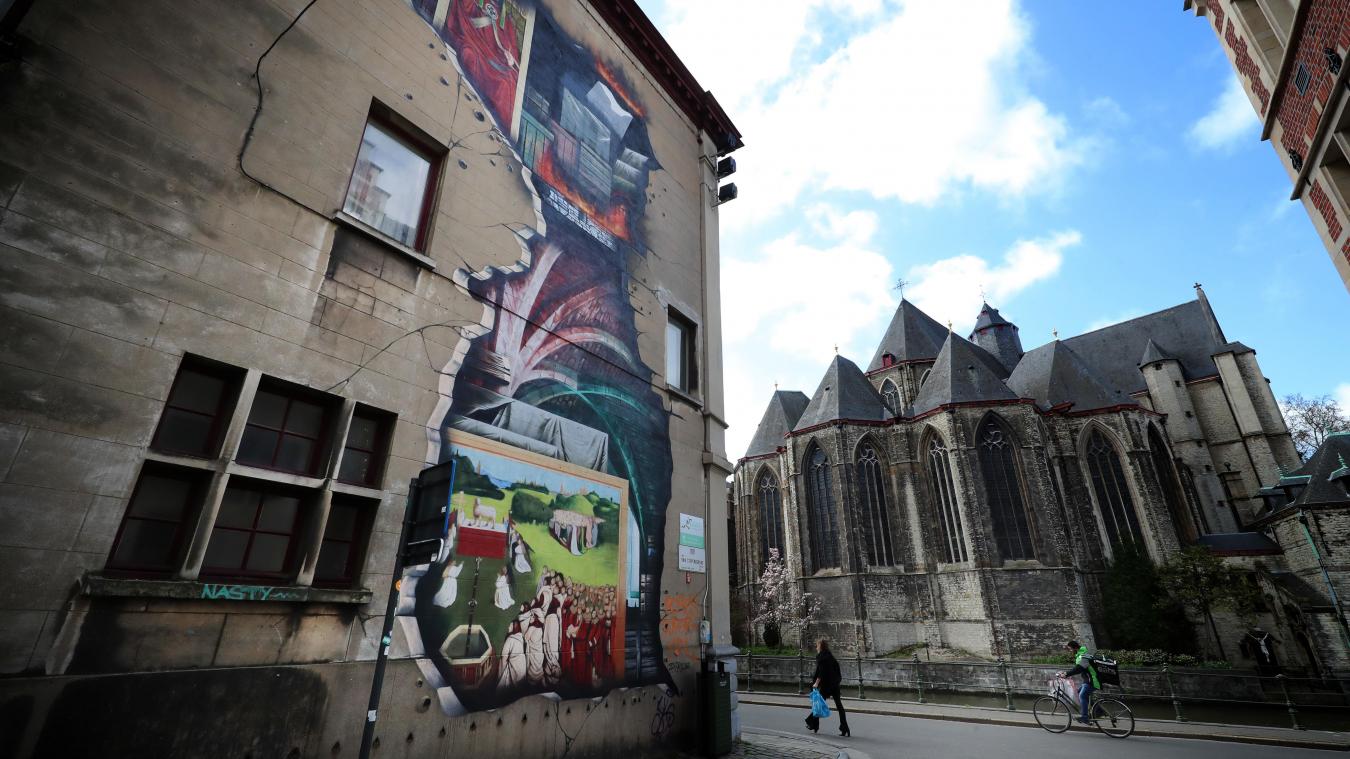 Saint-Quentin
: around the event This is not a label (see facebook page).

Soissons
: 25 portraits, scattered around the city, of the artist C215, alias Christian Guémy. Map available at the tourist office.

Ghent (B)
: Course Sorry, I’m not sorry (to download here)