Observations have shown that the Core i9-12900K can add up to 28% in performance with an increase in power limit from 125W (PBT) to 241W (MTP). The test was carried out using a liquid cooling system that prevented the processor from heating up above 81 degrees Celsius. 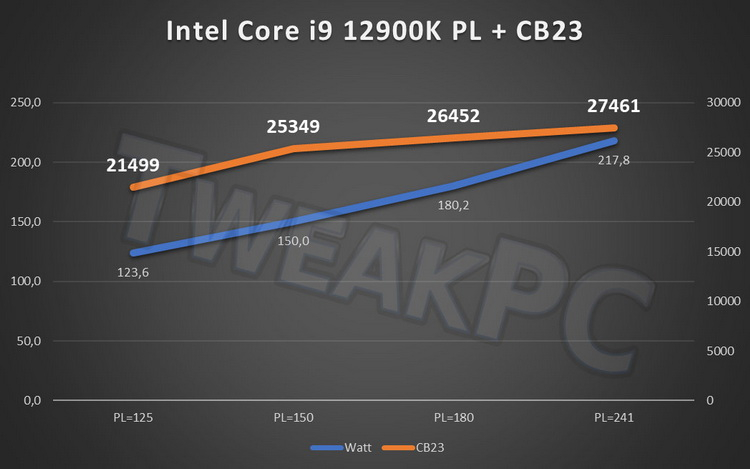 For comparison, the Core i9-12900K was also tested with the Dark Rock Pro 4 air cooler, leading to a very different picture. With the maximum power consumption set, the chip temperature reached 100 degrees Celsius in just 4 minutes from the start of the test: 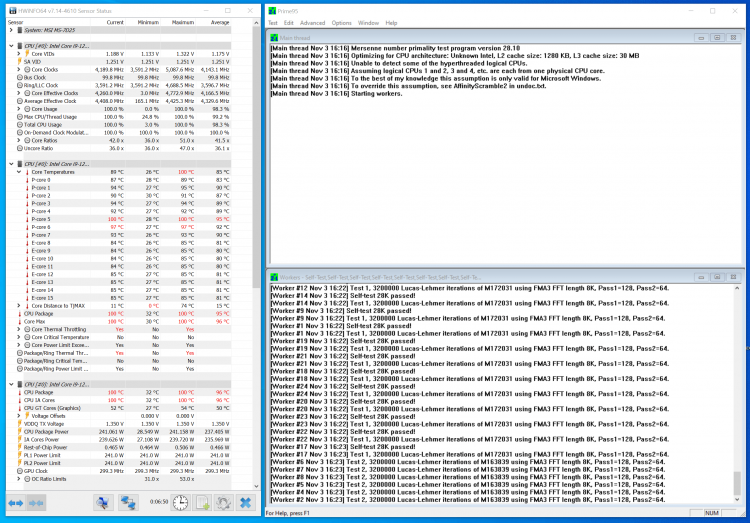 Below are screenshots of the performance test results for the Alder Lake processors in the Cinebench R20 and Cinebench R23 benchmarks with maximum power consumption. The source only provided multi-core benchmark results. For comparison, the 16-core AMD Ryzen 9 5950X flagship in the multi-threaded Cinebench R23 test is gaining around 28,641 points, meaning Intel’s new flagship with fewer threads is as close as possible. of the competitor. 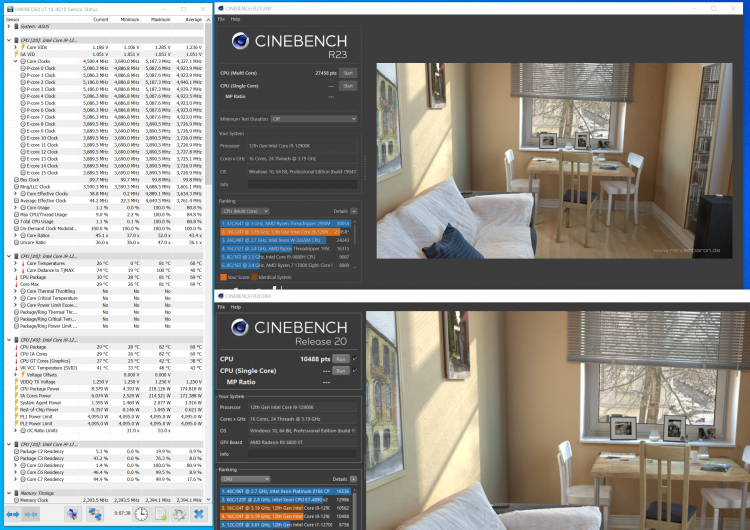 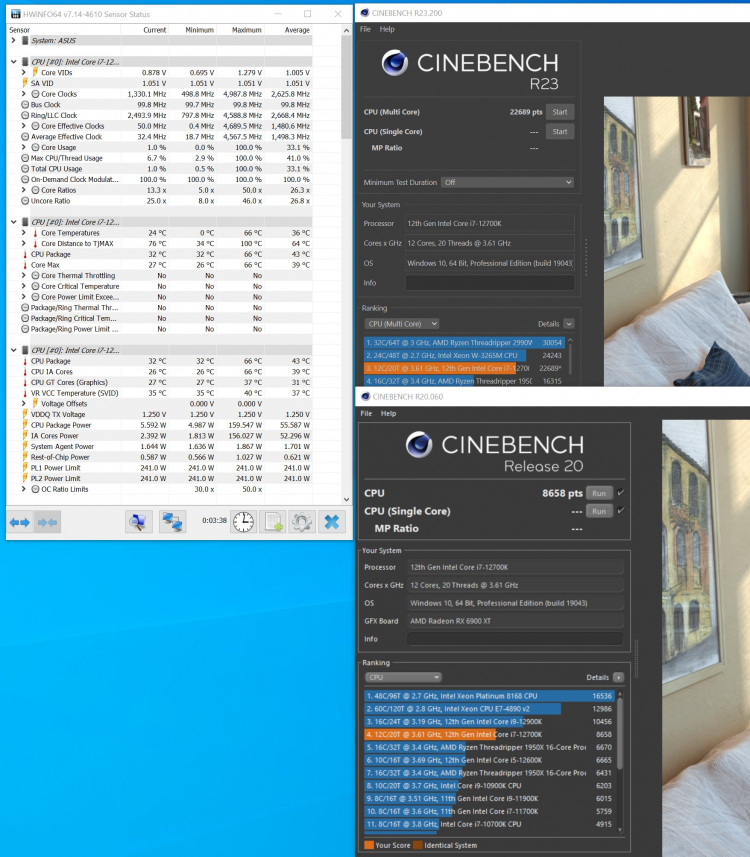 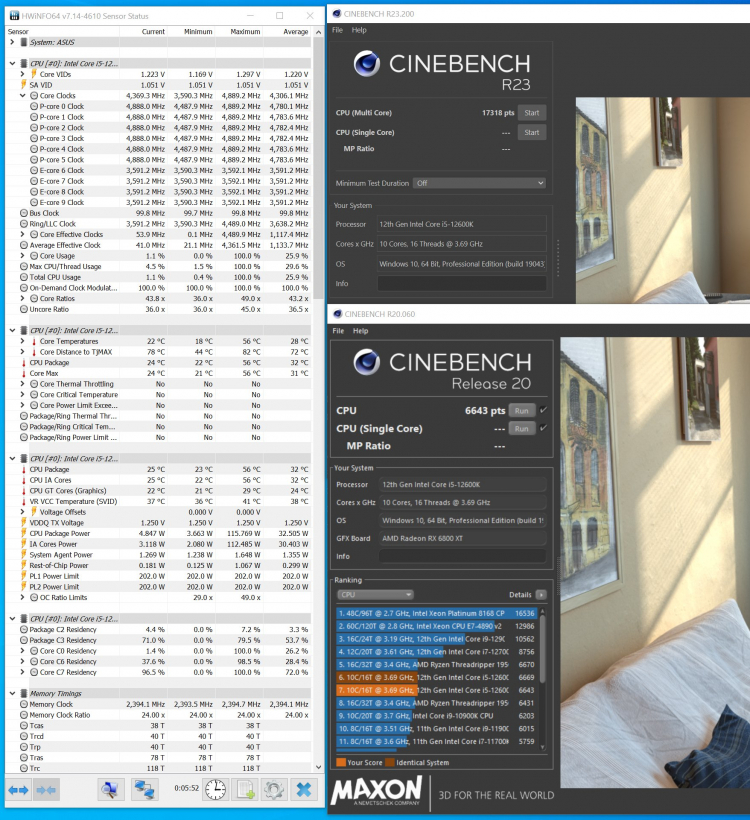