Google made available the 90th BETA version of your browser, which adds a handful of new features. Let’s find out together what it’s all about.

Finally, a long series of improvements are made that you can consult in the official blog.

For Download Google Chrome 90 BETA just go to Play store or through the following badge: 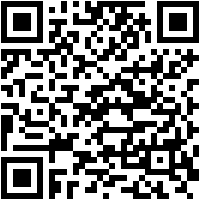 If you already have the application installed on your smartphone, you can always update it directly from Play store, searching for the app and then tapping To update, or opening the Play store, tapping on the side menu and up My apps and games finally in To update next to Google Chrome BETA.