Let’s find out together what are the innovations introduced by Google in some of its popular services, such as Google Contacts, Google Lens, Google app me Google Chrome.

Google Contacts on Android gets the Recycle Bin

One year after the introduction of the Recycle Bin for the web version of Google Contacts, this handy feature the application dedicated to Android devices also arrives.

We remind you that this is a function whereby, when a contact is deleted, it remains accessible (and recoverable) for 30 days: essentially, thanks to this system, users have the possibility to avoid losing information. Important by mistake.

Furthermore, Google Contacts Trash users also have the option to permanently delete a deleted contact and this without waiting for the 30-day period.

It’s unclear when exactly this feature was rolled out to Google’s Contacts Android app, but this should have happened in the last few weeks.

The application can be downloaded from the Google Play Store:

The Google Lens team has made some small changes that are aimed at making the job of visual search easier and making this service more popular.

When capturing an image, the interface now shows a panoramic view of it, so you can see the whole scene and at the bottom is a carousel of highlighted actions (for example Copy text, Find text and Translate).

After making a selection, the app displays the previous results pane, but users also have the option to zoom out and search for the image again.

These changes have been identified in beta version 12.25 of the Google application, which can be downloaded from Mirror APK.

READ  Where to get Microsoft's next-generation console

News also for the Google application

And still talking about the Google application, the team of developers of the Mountain View giant has done some small changes in its interface to make it consistent with that of the other applications of the company.

For example, to access Settings with the new version of the application, you will need to select the user’s profile image in the upper right corner.

Also, the Others tab has been removed from the bottom and the font used in various parts of the app has been changed.

These changes are likely the result of a server-side update (it is unclear if it is available to all users or is still being tested with a small number of people).

Chrome is starting to implement a new function by virtue of which it is able to recognize the sites most visited by the user, to show them with the appropriate suggestions through new icons in the Omnibox.

Some users start to see these circular icons before entering text in the browser’s search bar. 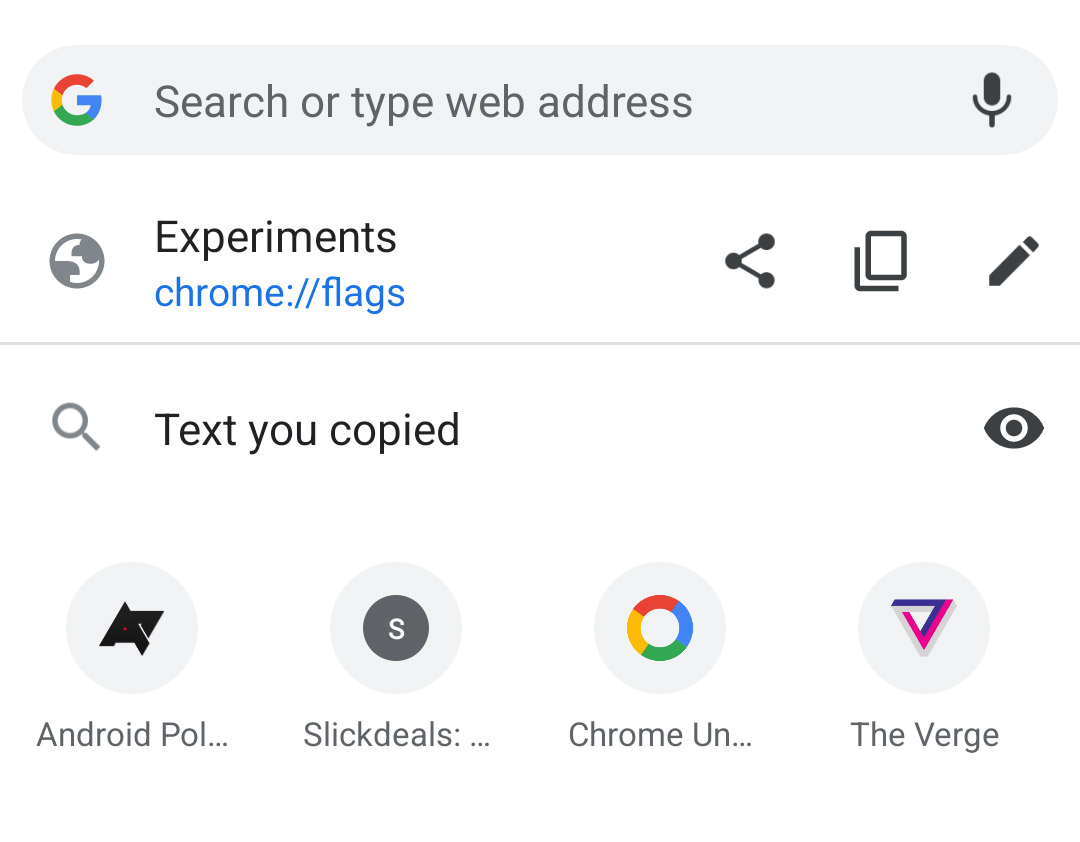 It seems that this change is implemented in all versions of the browser through a server-side update, but it is possible to proceed to its activation (or deactivation) manually through the corresponding indicator: chrome: // flags / # omnibox-most-visit-tiles.

You can download the latest version of Google Chrome for Android from the Play Store: