In addition to announcing some upcoming products last night, Google also gave a sneak peek of future products that are a bit further away, like this one. pixels 7 or the first pixel tablet. At the end of the keynote speech, Google CEO Sundar Pichai looked a bit further and gave first impressions of the smart AR glasses he is currently working on. Google Glass is making a comeback. 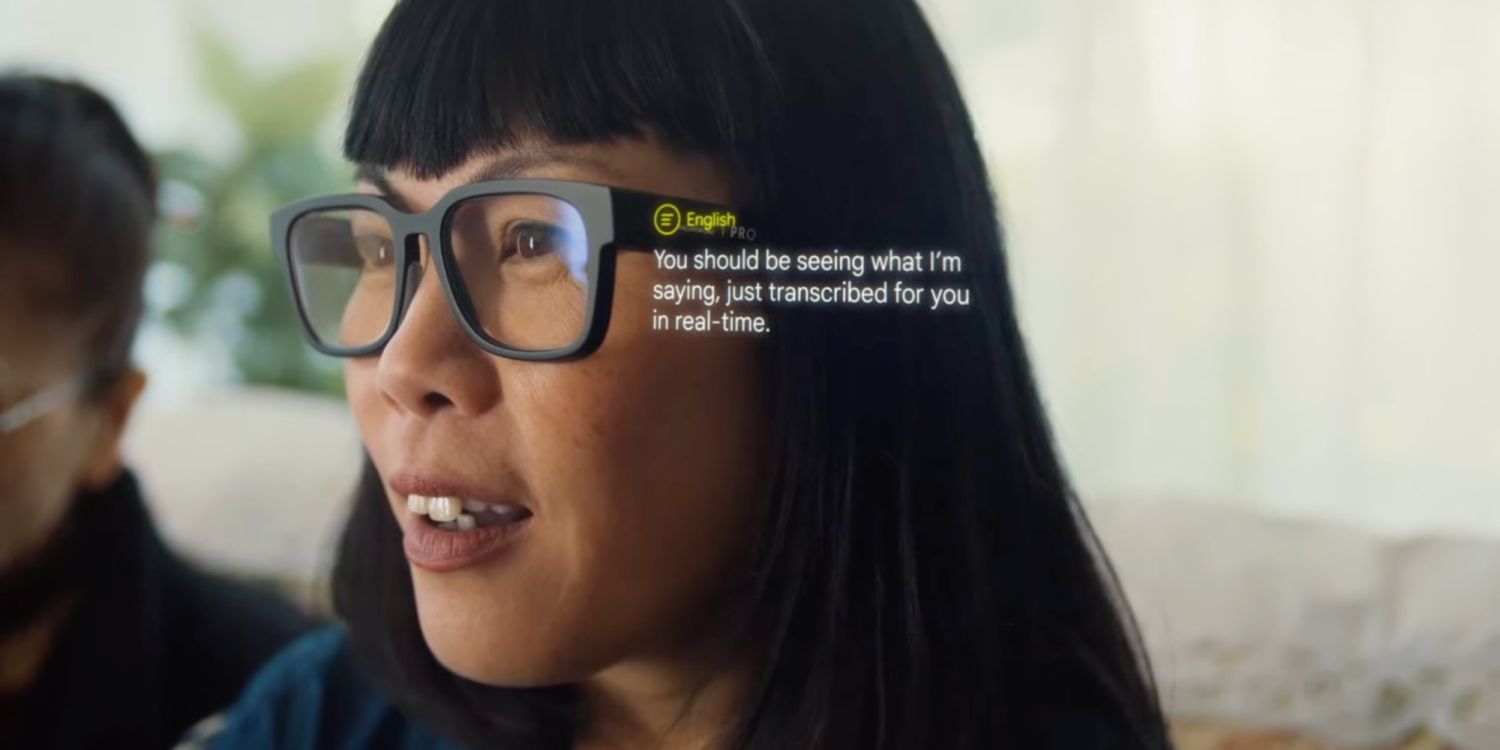 The sparrows have been whistling it from the rooftops for a long time, North’s takeover had confirmed it and now it’s been officially confirmed: Google is working on a successor to Google Glass, but it has a completely different approach and is focused from realistic way. in the augmented area you should focus on reality. While the failed Glass product was, in hindsight, more of a gimmick and tech demo than anything else, the new product is meant to really help people.

A prototype was shown that, at first glance, looks like normal glasses and can project certain information directly in front of the user’s eyes. The teaser was all about the language. The other person’s words can be directly displayed and translated if desired. So you have live translation built into the glasses. The concept is based on not distracting the user, but rather providing valuable additional information.

These AR capabilities are already useful on phones and the magic will really come to life when you can use them in the real world without technology getting in the way. That potential is what excites us most about AR. The ability to spend time focusing on what matters in the real world in our real lives.

It’s important that we design in a way that is built for the real world and doesn’t take you away from it. And AR gives us new ways to achieve this.

Augmented reality can break down communication barriers and help us understand each other better by making language visible. See what happens when we bring technologies like transcription and translation into your line of sight. #GoogleIO ↓ pic.twitter.com/ZLhd4BWPGh

(Watch the last ten minutes in the main video)

The advertisement expressly states that the glasses shown are a prototype and that the focus is currently in the area of ​​language. That product is likely to be at least a year and a half away and could come out in a completely different form. However, it can be said that Google Glass will celebrate a comeback with a new name.

» Pixel 7 and Pixel 7 Pro: surprise! Google officially shows the new smartphones in many images for the first time