The advertising campaign carried out by the Mountain View house is intensifying and, above all, it is being developed through multiple channels, less and less conventional. Invariably played online and passed through tasty puns, the promotional campaign of Google Pixel 6 me Google Pixel 6 Pro It has reached the windows of the Google store in New York, the classic giant billboards and now it also targets magazines.

In particular, as Rich Brome points out on Twitter (link in source), the new Google Pixel 6 ad will appear in the issue of “The New Yorker “ September 27. The producer, naturally, has chosen to use the beautiful images selected by photographer David Urbanke that we have shown them in recent days.

As you can see from the images shown at the end of the article, all the colors of the Google Pixel 6 and Google Pixel 6 Pro are shown. Also, Big G opens with the tagline “What if smartphones weren’t just smart?“And then go on to highlight some of the strengths of their new smartphones, such as the user experience, which Google defines.”intuitive“AND”perceptual”- and the customization capabilities enhanced by Material You and the Android 12 theme system.

Although no details are mentioned, the expressions used by Google clearly refer to an improvement in speech recognition and the speech-to-text function, whereas previously there was talk of a “faster and more accurate” translation when watching videos thanks to Google Tensor. “Did you know how to save energy for the applications you use the most?“It could be a simple reference to the adaptive battery, whereas already during Google I / O 2021 there was talk of Google Pixel 6 and more inclusive cameras (“And could it capture every skin tone with precision and beauty?“).

The advertising ends with Google Pixel 6 described as “the smartphone that adapts to you” and with Big G that reminds us of the autumn date. 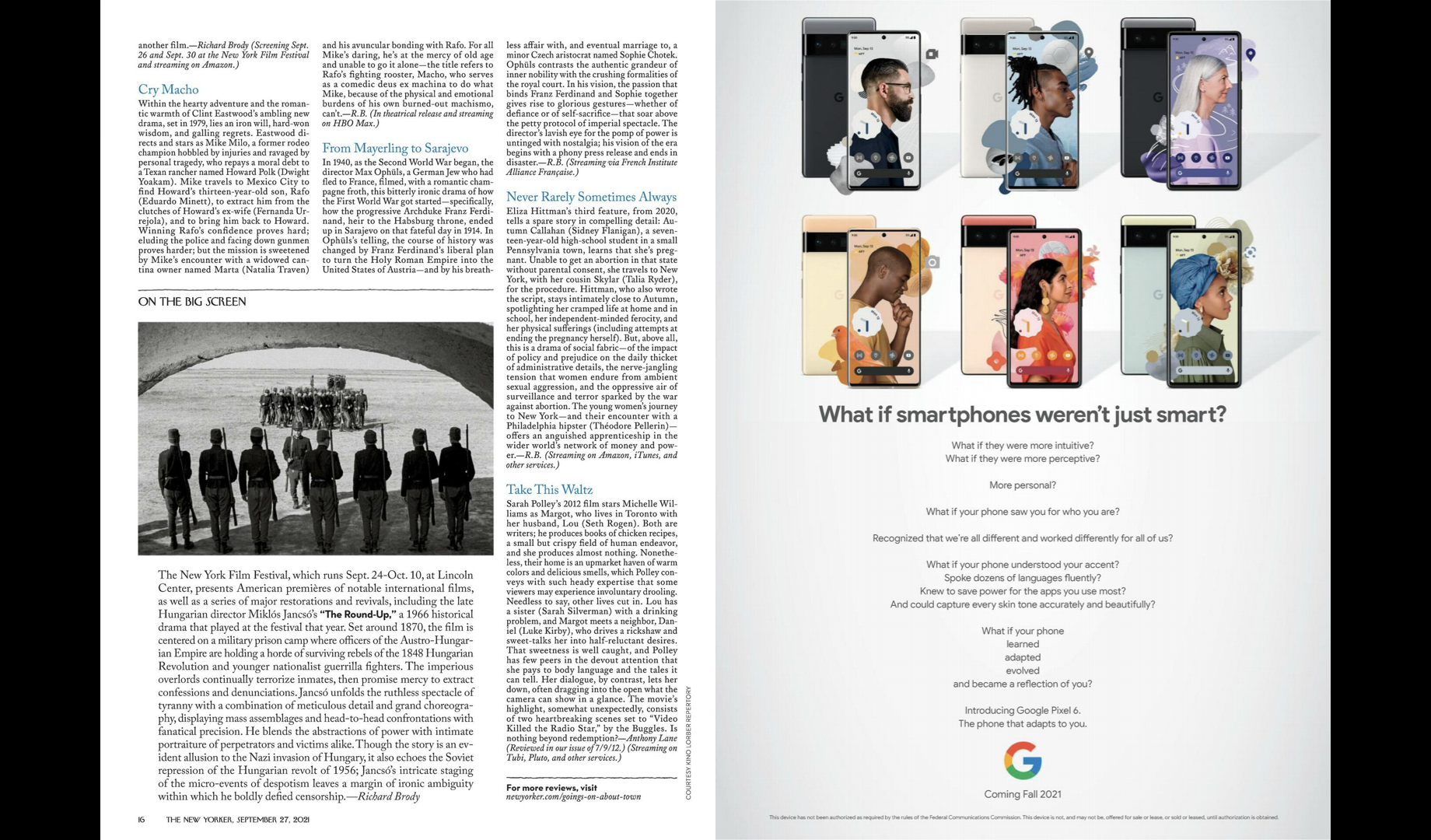