Following the release of the hardware required to install the new Windows 11 operating system, Microsoft has announced on its official website how to circumvent these requirements.

Months ago, Microsoft announced Windows 11 as the most secure new operating system, which, among other things, requires the existence of a TPM module, a hardware chip that encrypts all your data and passwords. As they are years ago motherboard manufacturers kicked out The TPM chips on its boards, because they were used by an extremely small number of users, Microsoft has now led users into a paradoxical situation, looking for hardware that is present only in a small number of computers.

In addition to the TPM 2.0 chip, Microsoft also announced that Windows 11 will require next-generation processors. When it comes to Intel, that means 8th gen onwards (and a couple 7th gen models on Surface computers), or Ryzen 2000 and newer when it comes to AMD.

What surprised most users was that Microsoft, after so much insistence on the security requirements of its site, produced a detailed guide that avoids System Requirements that they set up.

The whole process requires that you already have a Windows 10 operating system and a little tweak through the Registry section to tell the operating system not to check TPM 2.0. Note that this “bypass” only works for computers that have at least TPM 1.2, a chip that was incorporated into older motherboard models. 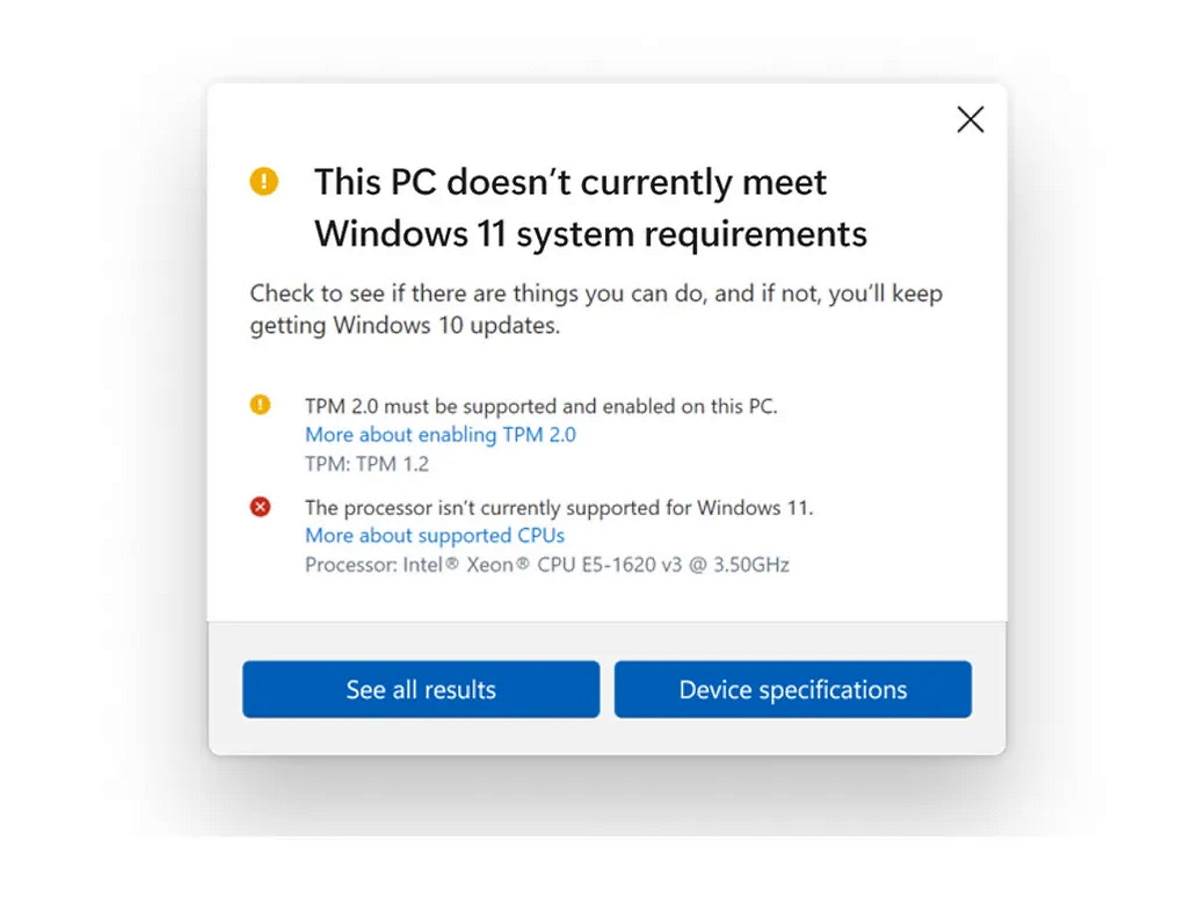 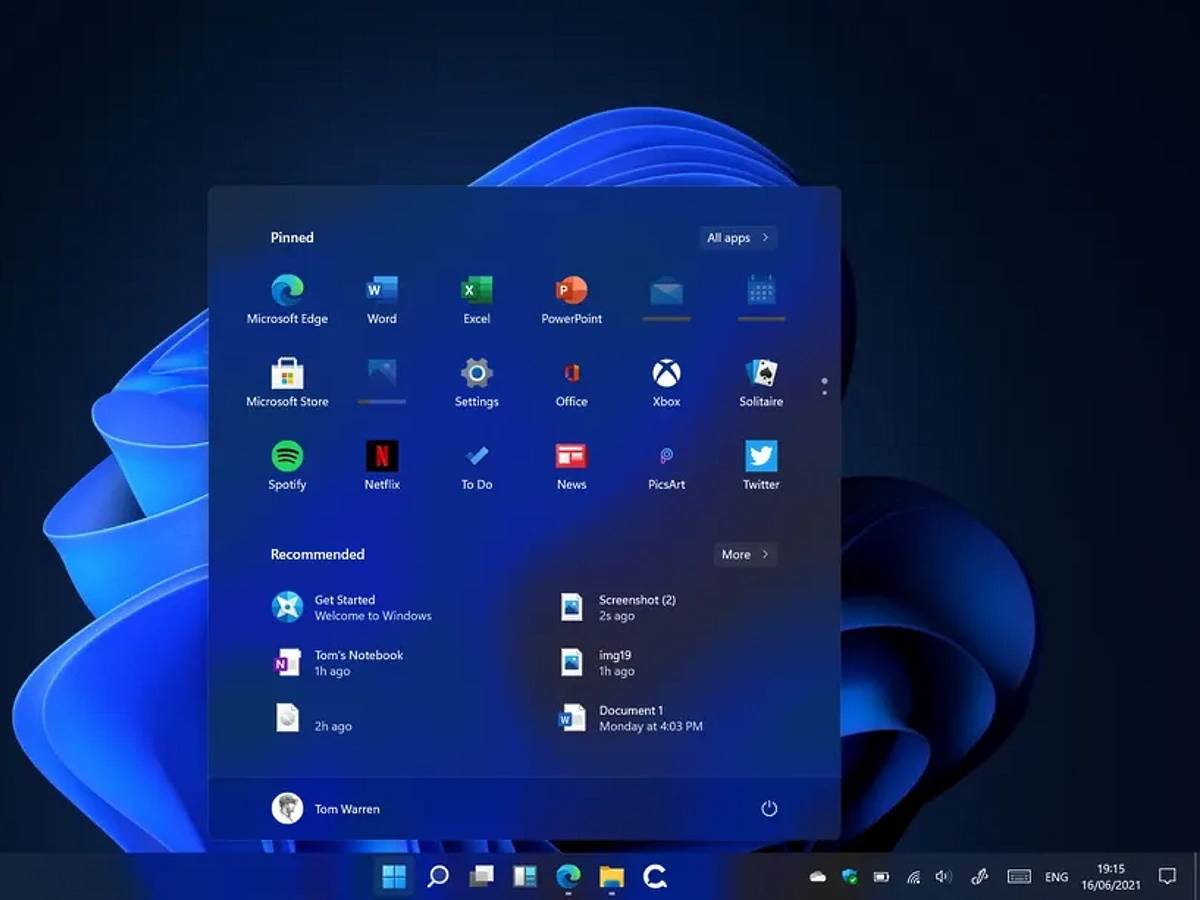 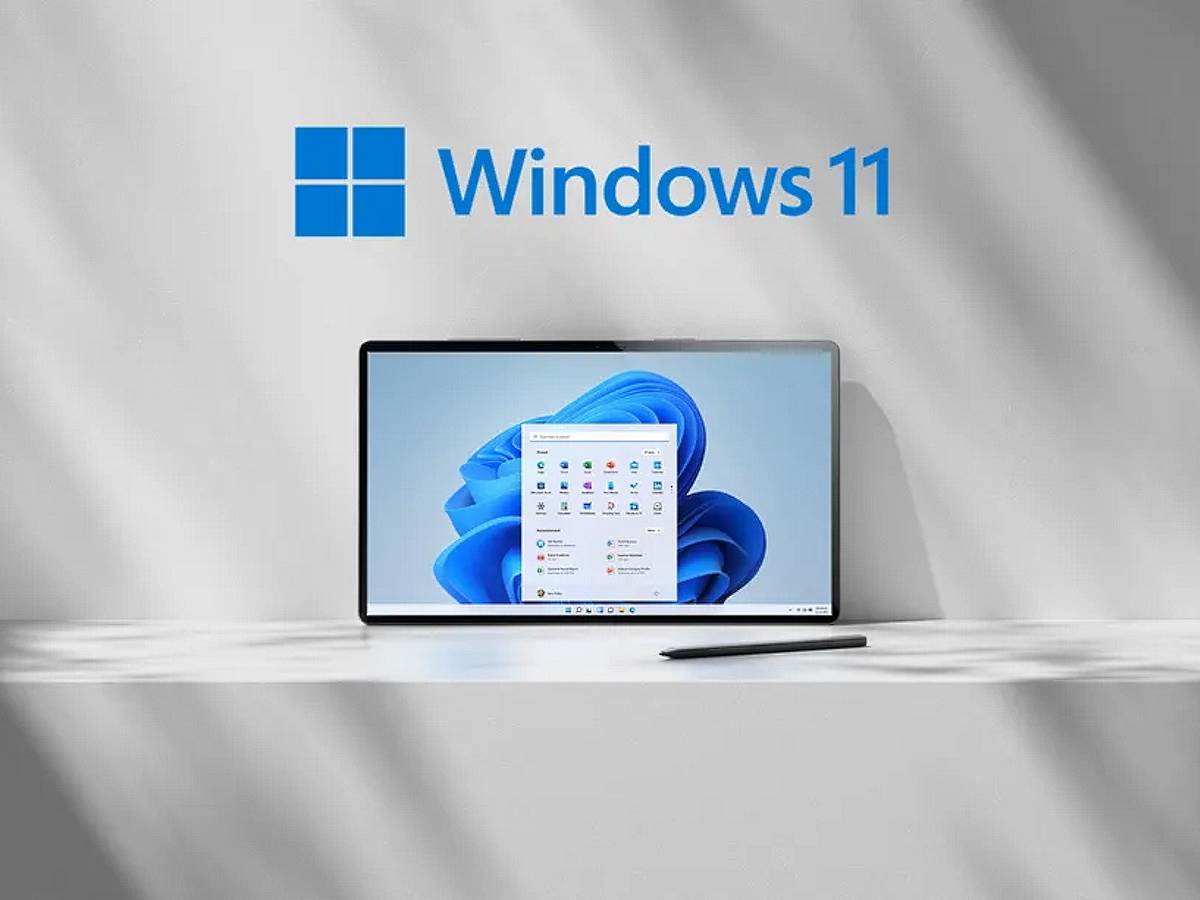 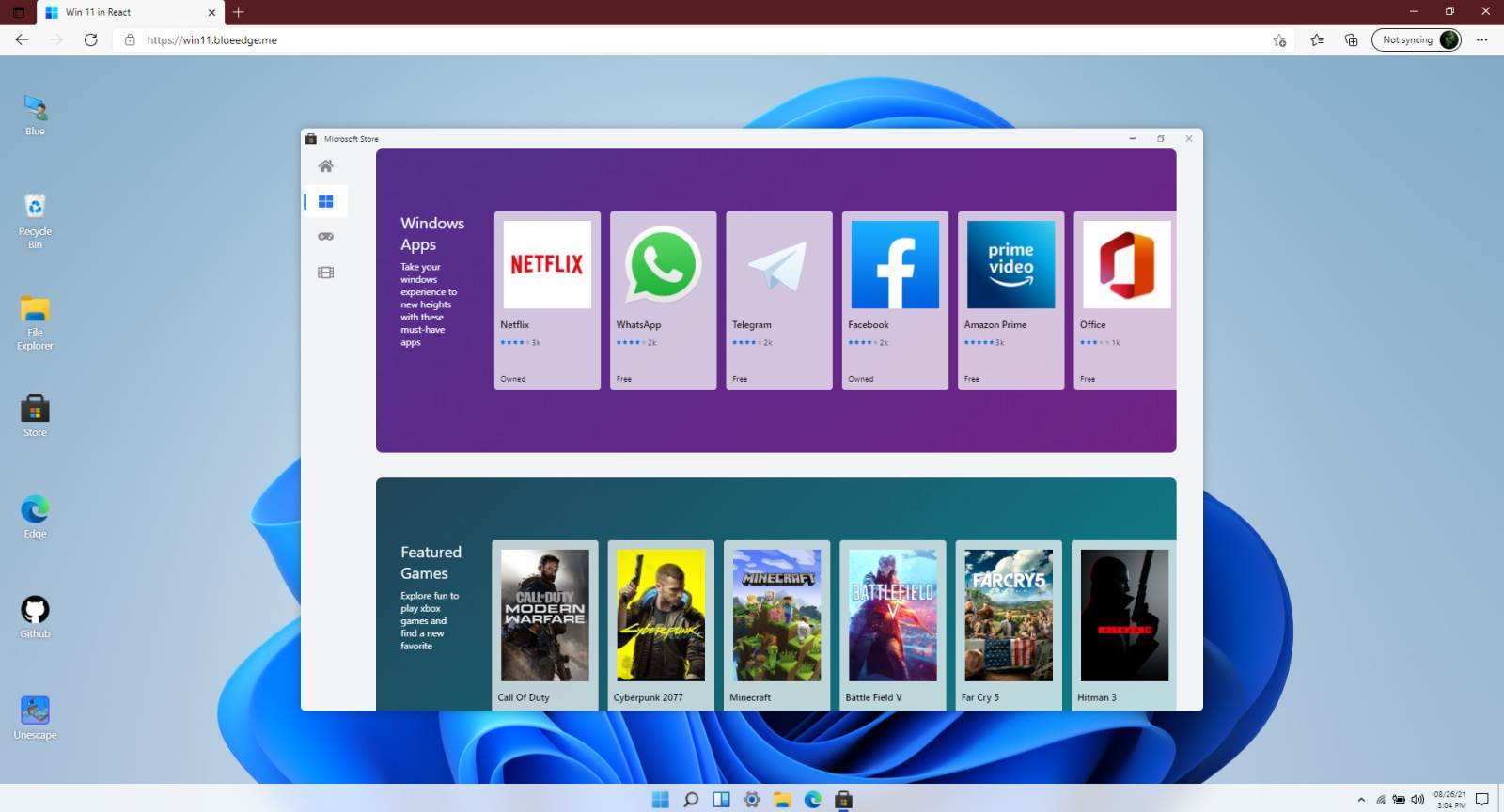 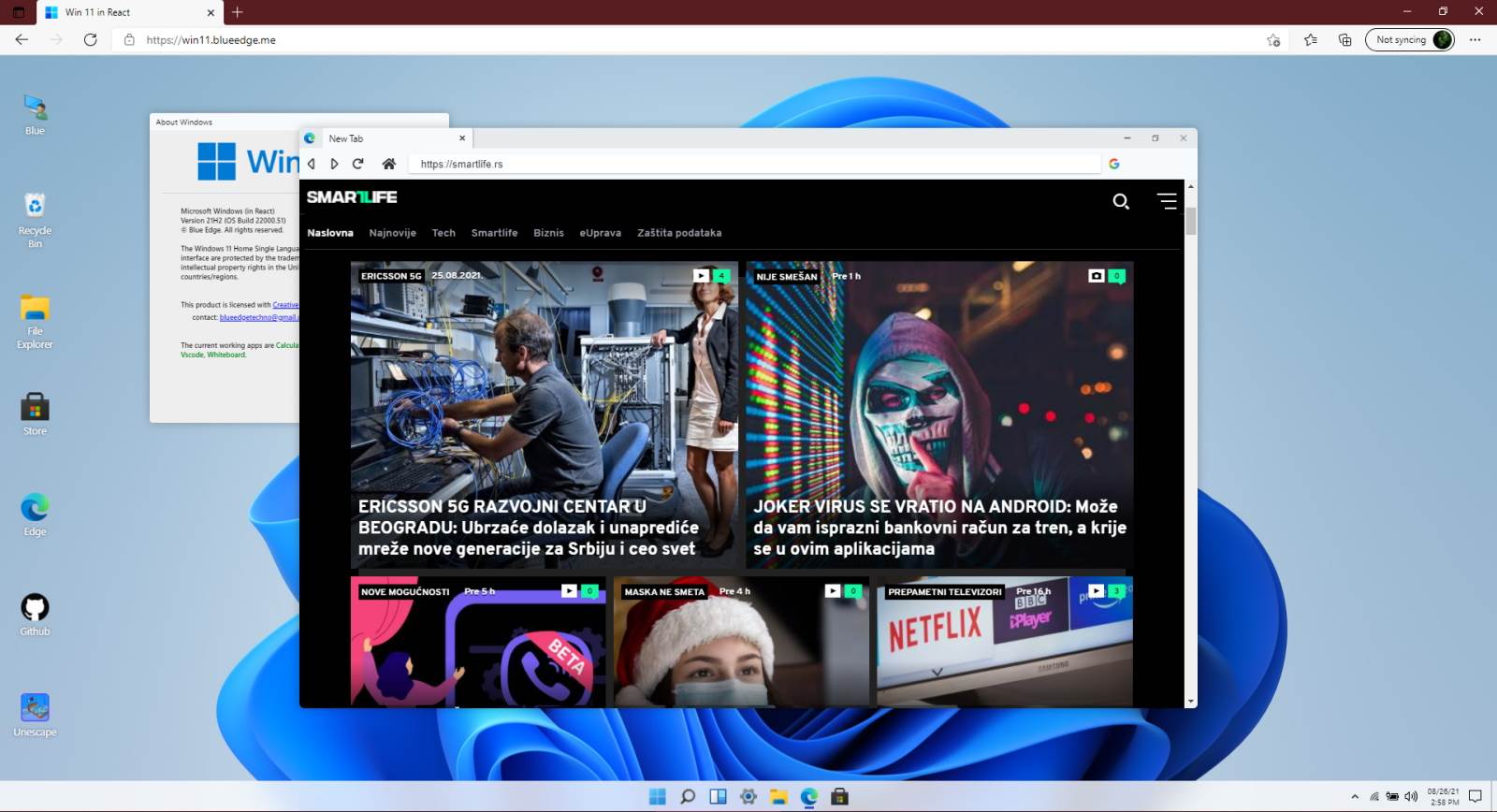 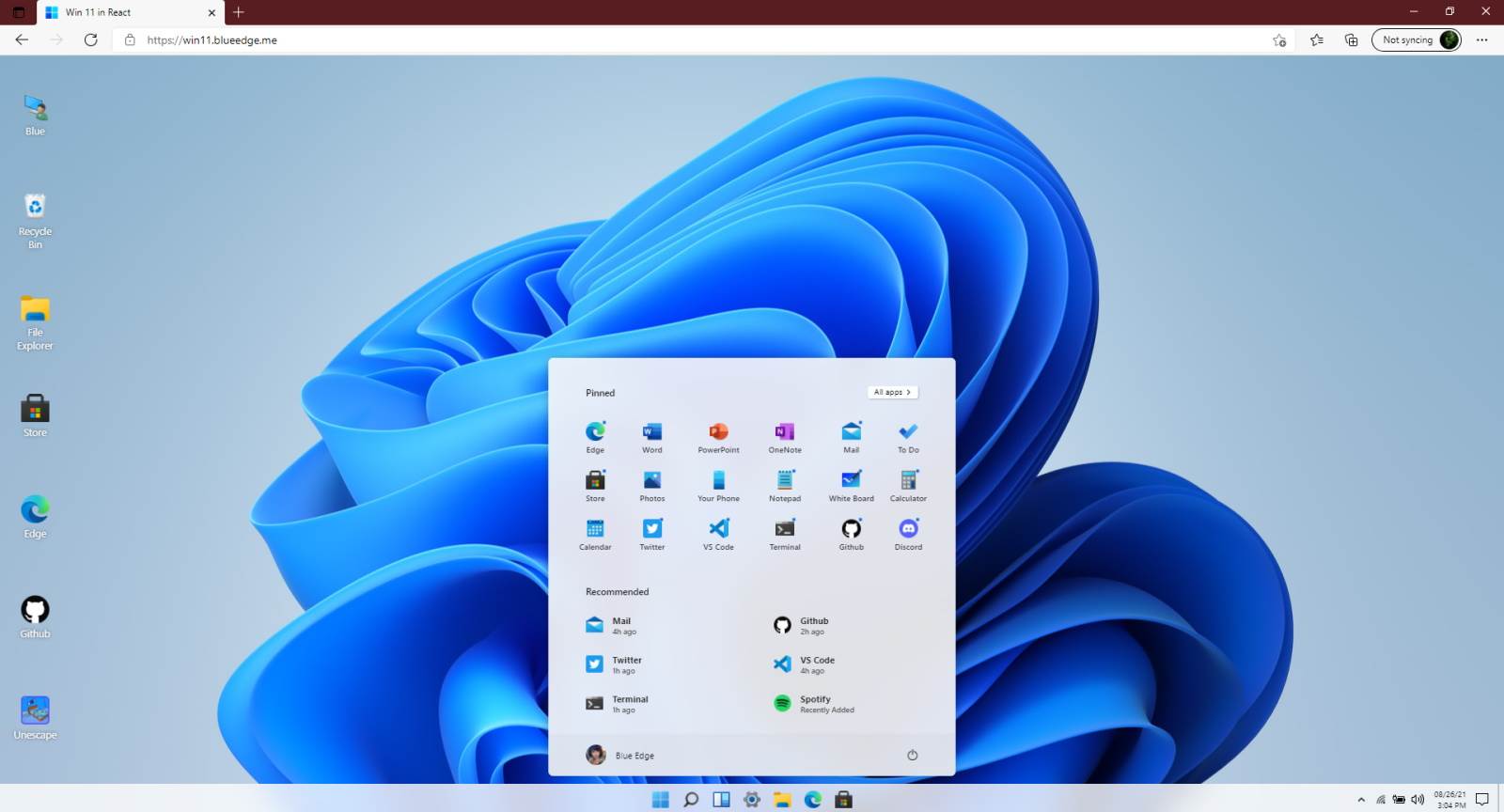 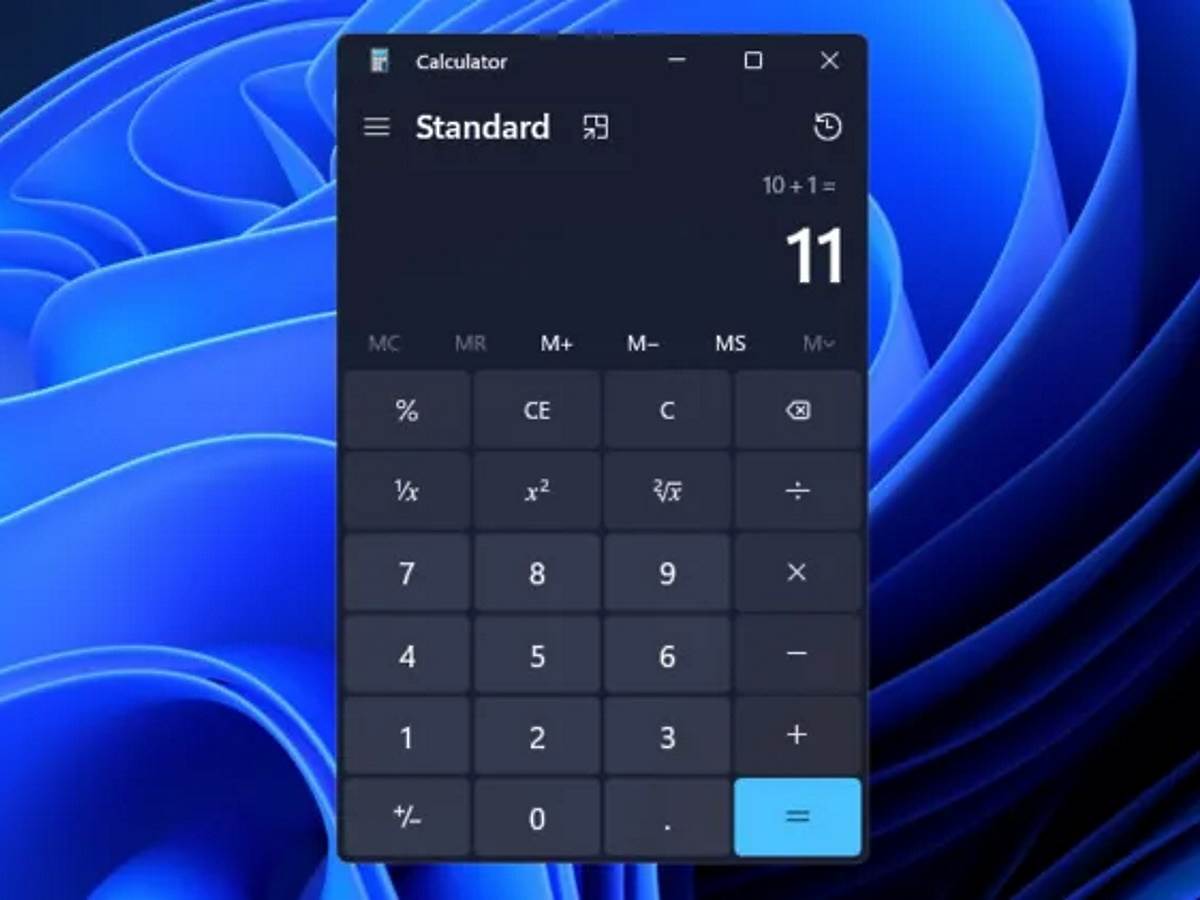 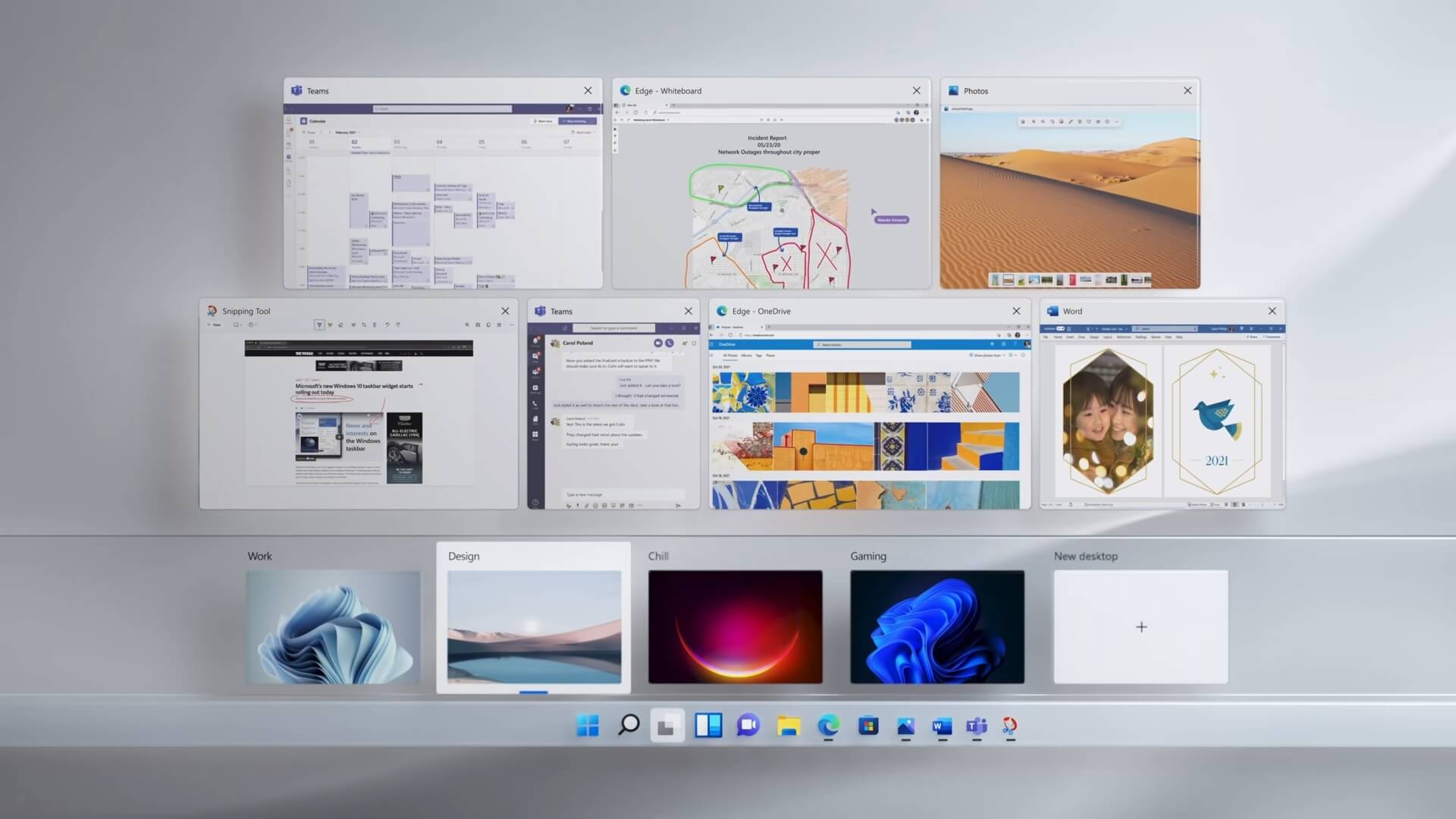 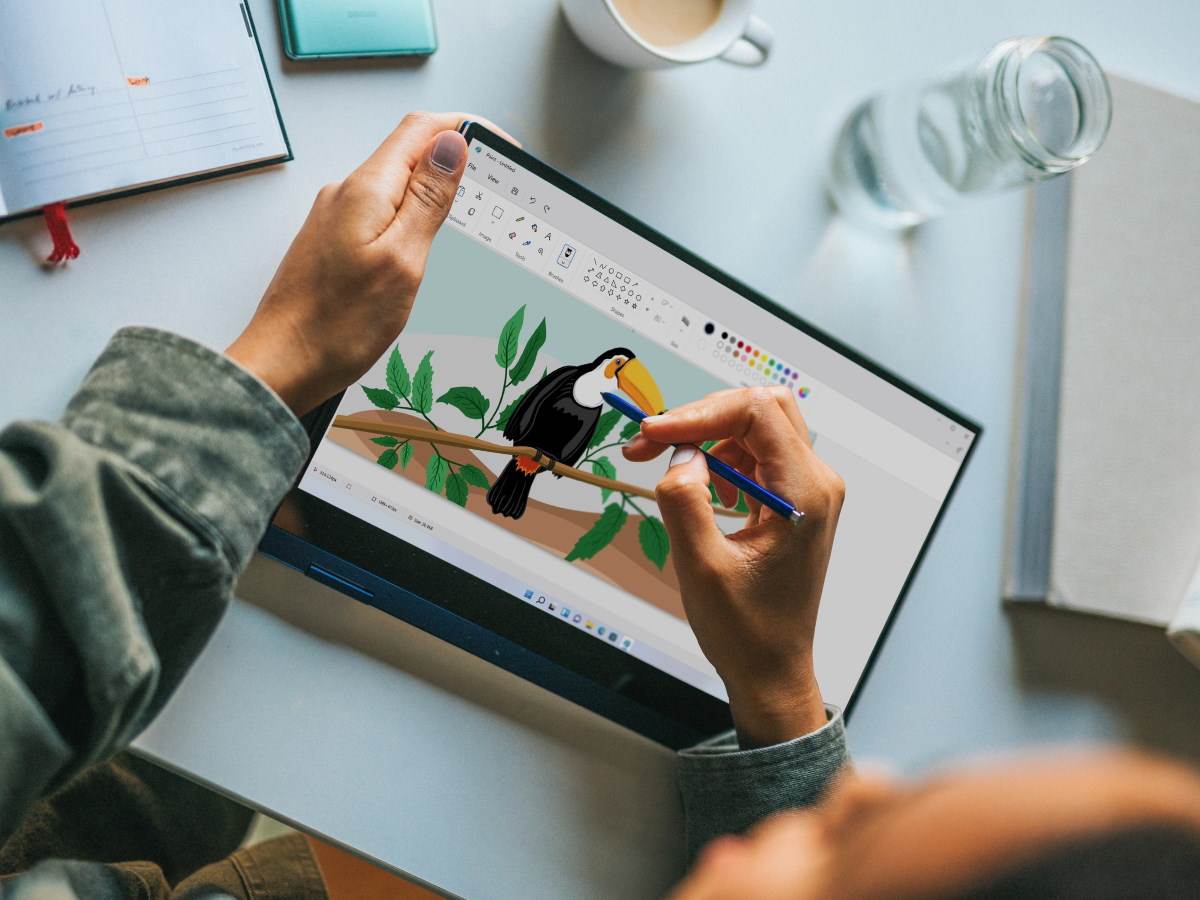 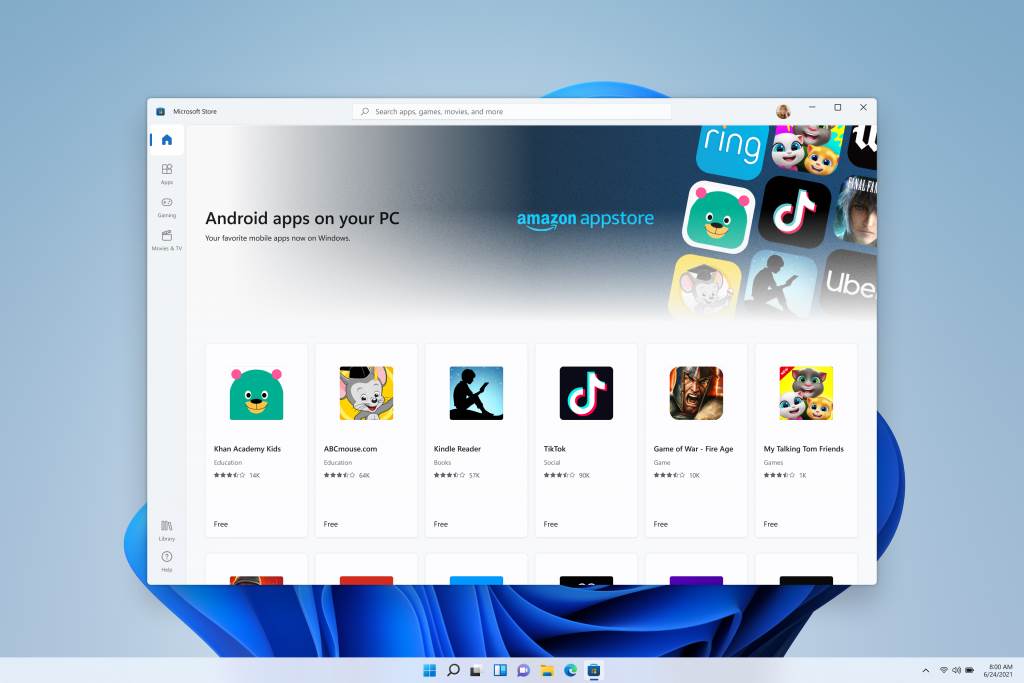 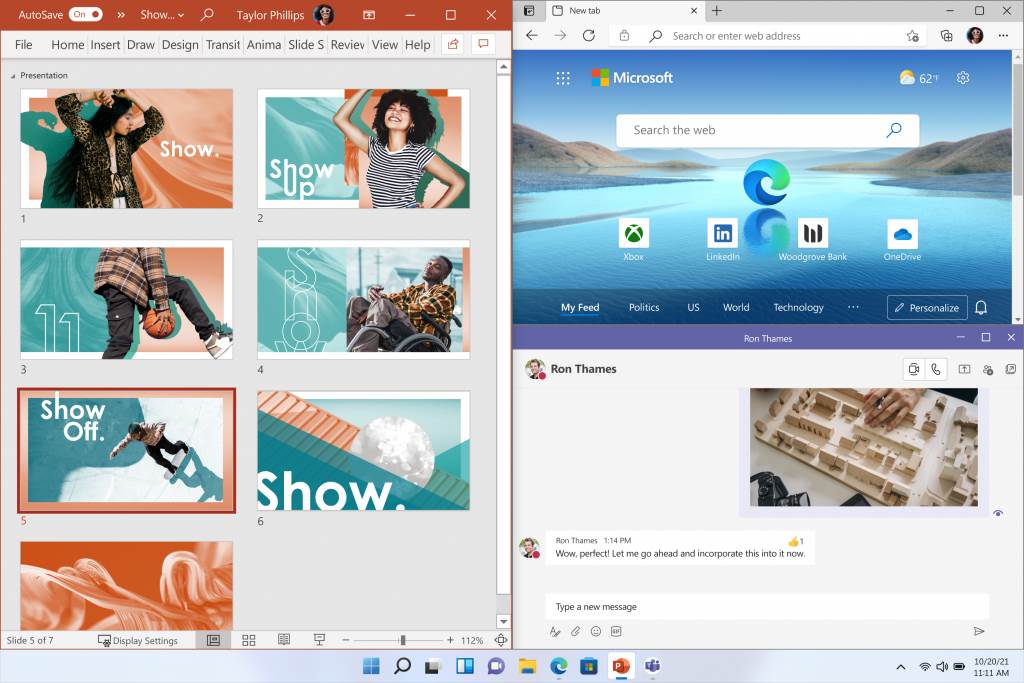 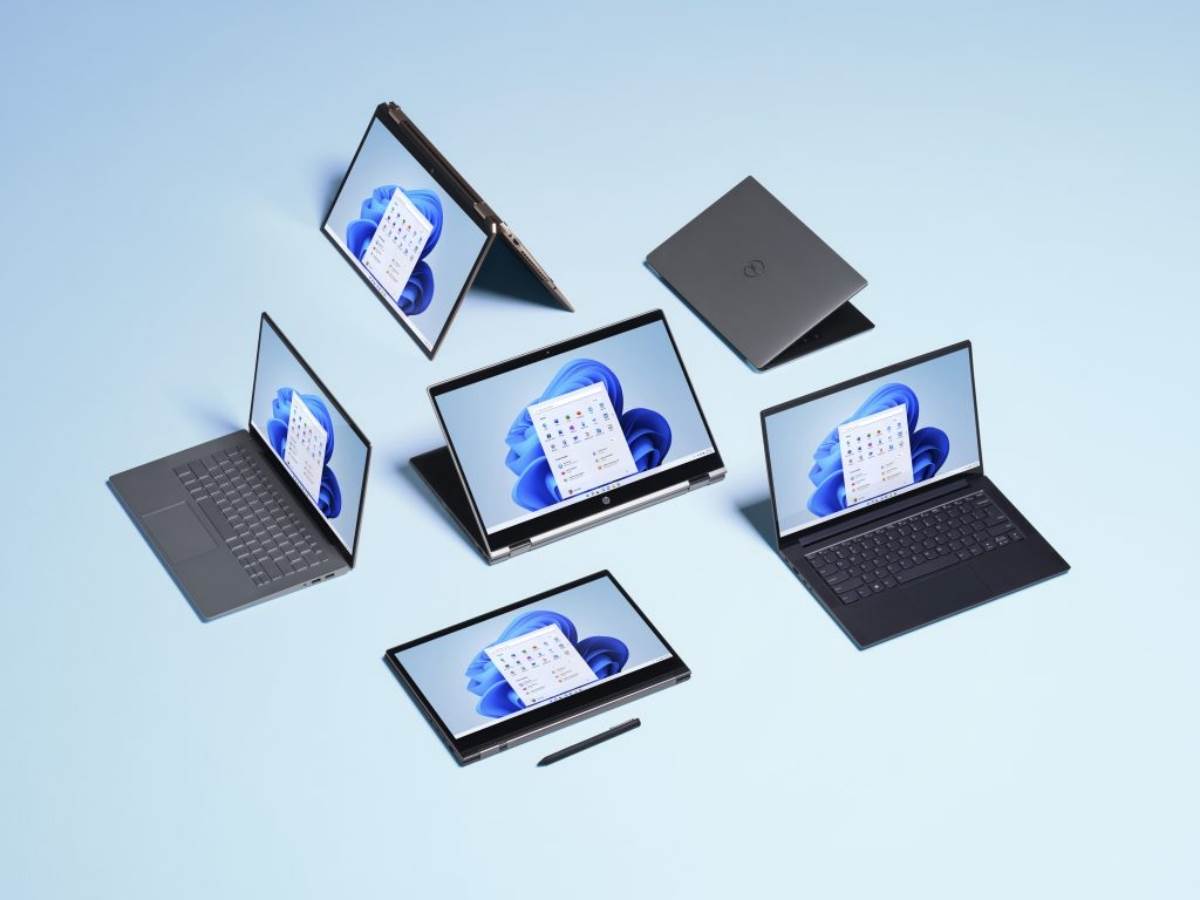 It can also be used for older processors.

In addition to the TPM chip, Microsoft’s instructions state that this can be bypassed https://smartlife.mondo.rs/tech/saveti/a28803/Windows-11-provera-PC-Health-Check-aplikacija.htmlprocessor compatibility check. For example, AMD Ryzen 1000th generation processors and 7th generation Intel Core processors will be able to pass the test without any problem. The page states that “This Windows 11 installation will not check the following requirements: TPM 2.0 (TPM 1.2 at least required) and CPU family and model.”

The tutorial says that you need to add a certain value in the Regitry section. To do this, you need to click the Start button and type “Registry Editor”, select the application and in a new window go to HKEYLOCALMACHINE SYSTEM Setup MoSetup and add new REG_DWORD named key AllowUpgradesWithUnsupportedTPMOrCPU and then yes set its value to 1. 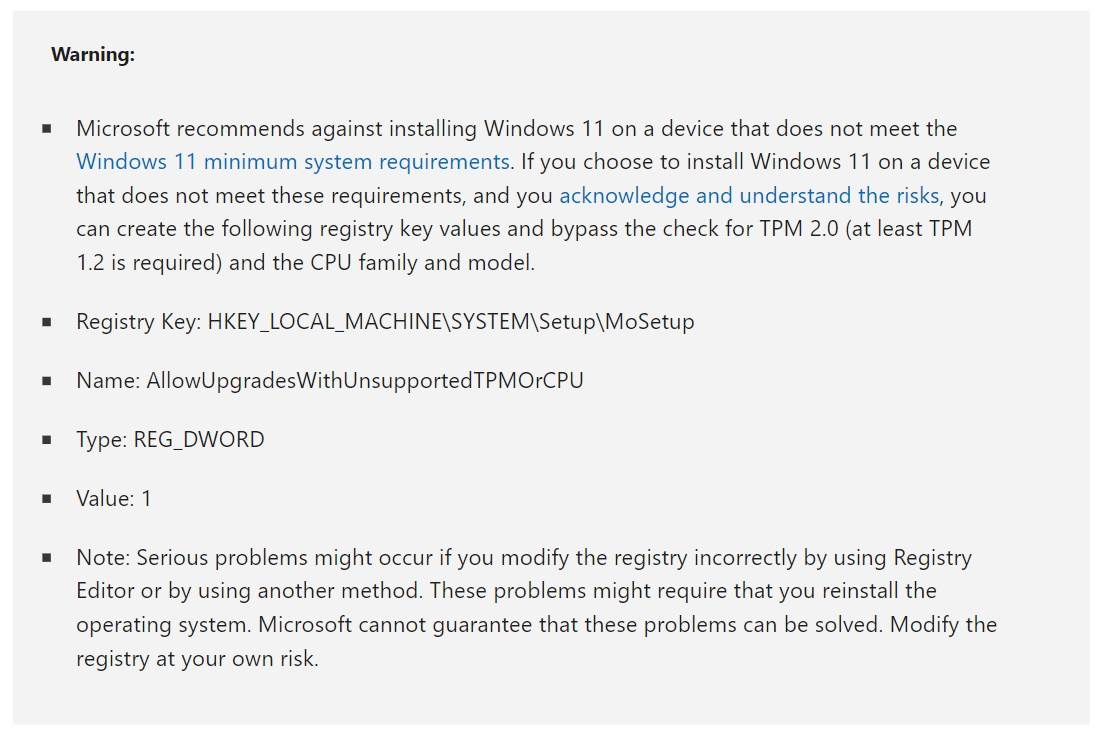 When you do this, create a bootable USB using Windows 11 Media Creation Tool tools and manually install the operating system. Since you already have a Windows 10 operating system, you can choose to keep your existing data or proceed with a clean installation that removes all data from the system drive. If you want to install Windows 11 and you have a processor that is not on the supported list, you should use it Windows 11 disk image installation process.

Playing in the Registry section of the Windows operating system has always been a tangible and risky business that can seriously affect the stability of the system if you do something wrong.

Microsoft wouldn’t be Microsoft if it didn’t build a big fence around it in case something goes wrong, so the note says that installing the Windows 11 operating system on an unsupported PC can lead to poor compatibility and performance issues. “No one can guarantee that unsupported devices will receive system updates, including but not limited to security updates.”

VIDEO of explanation of computers compatible with the upgrade to Windows 11
Source: Microsoft Tech Community

On the other hand, if you don’t get Windows updates, you can always download and install patches manually, which is not such a big and complicated job. A reminder on the calendar set to appear each month will be more than enough.