Last week, NCsoft announced the development of Lineage W, opening a detailed presentation of the MMORPG, which took place this morning in South Korea. And the least we can say is that NCsoft has some ambition.

NCsoft Creative Director Taek-Jin Kim Says License Lineage helped shape the massively multiplayer genre in South Korea: The first Lineage laid the foundation for the genre, its sequel ushered in the 3D MMORPG, and Lineage M It is one of the benchmarks of its kind on mobile platforms. But still, according to Taek-Jin Kim, the previous installments of the license never fully achieved NCsoft’s actual ambitions and unsurprisingly, the studio is now placing these ambitions in the development of Lineage W (development began ago four years).
In other words, Lineage W is the “definitive version” of the Lineage license that reclaims the legacy of previous games (for South Korean veterans who have known about the license for a quarter of a century), but must also evolve them and thus attract to new players, especially in the West.

Because Lineage W has global ambitions (as we know, the W in the title stands for “World”): Lineage W will be distributed on mobile platforms, PC and consoles, but also around the world and aims to bring together players from all over the world. the world in the same universe, in order to federate a “world community”. And to break down language barriers, NCsoft is integrating machine translation AI into its game: the game client will be available in multiple languages ​​and will be exchanged between players in the game. chat It will also be translated on the fly to allow you to communicate without restrictions. The voice exchanges will also be the subject of a written transcript to be translated also on the fly (a kind of automatic subtitling in the language of the players present).
The developer also promises the ability to welcome cohorts of players who can compete in very large battles. 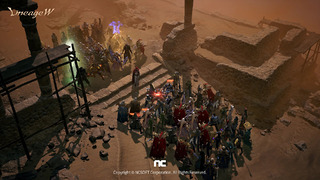 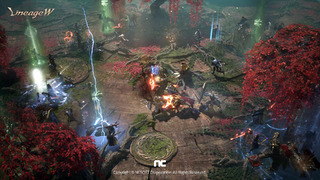 In terms of content, Lineage W takes place around 150 years after the events of previous installments, in a renewed universe and darker than in previous games – the study claims an approach Dark fantasy. The studio has also opted for an isometric view (like the first Lineage) but relying on a full 3D world to immerse players in a detailed world populated by colossal monsters.
This world should be the setting for a solid narrative framework that players are called upon to “live” by being the actors (not just reading the lines of an NPC’s dialogue), forming alliances, or taking on other players … 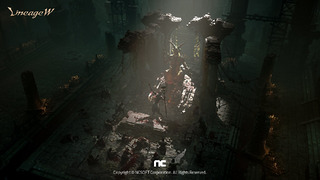 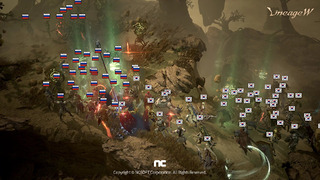 Lineage W is expected to launch this year, on many platforms via Purple: on PC when playing at home and on Android and iOS mobile platforms when on the go, but also on Playstation 5 Y Change. Meanwhile, pre-registrations are open on the official website, in particular translated into English.