The announcement of the new MacBook Pros adds a nail or two to the coffin of eGPUs. These external graphics cards were no longer compatible with the first Macs with Apple M1, but we could say that it was a logical choice at the entry level. However, the two Macs presented this week are intended for professionals and are no longer compatible with this function, as note Mac4Ever.

As we predicted last year, the arrival of domestic chips likely also signals the end of eGPU support on the Mac. This is probably not a technical limitation, but rather a choice from Apple, which prefers to rely solely on its chips to deliver. to your customers all the power they may need. Pending proper testing, the first Apple M1 Max GPU benchmarks go in the direction of the manufacturer: 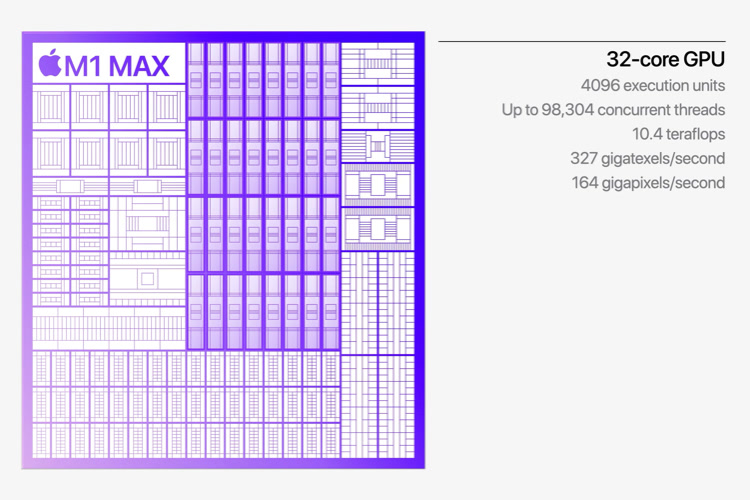 EGPUs were most useful when portable Macs incorporated low-power graphics cards. If this is no longer the case with Apple Silicon chips, what is the point of using them? Of course, there are significantly more powerful graphics cards than the Apple M1 Max GPU, but the limited support for macOS greatly reduced that argument. So the best Nvidia cards can exceed 35 teraflops, three times more on paper than Apple’s GPU, but they are not compatible with Mac.

This strategy shouldn’t be limited to the graphics card for that matter. Apple has integrated specific components for decoding ProRes video streams into its new chips, allowing a MacBook Pro to perform better than a Mac Pro, even equipped with the Afterburner card dedicated to this task. If a chip adapted to a laptop can perform better than a tower with a specialized card, imagine what Apple can do with a chip suitable for a tower.

Beyond eGPUs, it is perhaps the very concept of extension that is rendered obsolete by this transition. This is also in line with rumors that a future Mac Pro is smaller than the current one and that logically it would offer less space for extensions. The Afterburner card would no longer be required, but the same applies to graphics cards that can be added in the 2019 model.