Additional specifications of NVIDIA’s GeForce RTX 3080 Ampere Gaming graphics card have leaked out over at UserBenchmark which were spotted by Rogame. The NVIDIA GeForce RTX 3080 will be one of the several high-end and enthusiast gaming options that will be showcased on September 1st, utilizing the brand new Ampere GPU architecture.

According to the leak, the NVIDIA GeForce RTX 3080 is still being evaluated internally as the entry on UserBenchmark is from 15th August. The listing shows the Ampere graphics card with a device ID of ’10DE 2206′. In addition to the GeForce RTX 3080 specifications, it’s PCI Id has been unveiled too which according to Videocardz is ‘2206’. Rogame also sheds some light over the PCI IDs & says that there are at least three IDs for three different cards.

Preliminary specifications of the NVIDIA GeForce RTX 3080 graphics card have leaked out over at UserBenchmark. (Image Source: Rogame)

Moving over to the specifications, the NVIDIA GeForce RTX 3080 was spotted with 10 GB of VRAM which was running 19 Gbps GDDR6X memory dies (4750 MHz QDR effective) across a 320-bit bus interface. This should deliver a memory bandwidth of 760 GB/s. This is almost a 53% jump in the memory bandwidth over the GeForce RTX 2080 SUPER which is very impressive. As for the GPU clocks, the card has a BIOS limit set to 2100 MHz so we should be looking at clock speeds similar to the Turing GPUs which also peak around 2.1 GHz.

See also  information, compatible mobiles and how to down load

The average clock speeds of NVIDIA’s GeForce RTX 30 series graphics cards, especially the GA102 GPU core are likely to be rated at around 1.7-1.8 GHz as seen in previous leaks. These will be the actual boost clocks for the cards while we can expect the standard operating range near 1.9 GHz. Custom cards will allow for higher clock speeds due to better power delivery and we can expect speeds to close in on the 2.1 GHz limit.

What’s interesting is that the graphics card was running on an unreleased 455.90 driver. The GPU performance isn’t that great within the benchmark but it is likely that this is still an early design candidate for the GeForce RTX 3080 graphics card. There have been reports that the GeForce RTX 3080 will feature 20 GB of GDDR6X memory instead of 10 GB which was previously rumored.

Moving on to the GeForce RTX 3080, the rumor reports that the card will be featuring the GA102-200-KD-A1 SKU. This cut down SKU will feature the same 4352 CUDA cores as the RTX 2080 Ti that will be arranged in a total of 68 SMs. The card is reportedly going to feature up to 20 GB of memory that is also going to be GDDR6X. Assuming the memory is running at 19 Gbps across a 320-bit bus interface, we can expect a bandwidth of up to 760 GB/s. 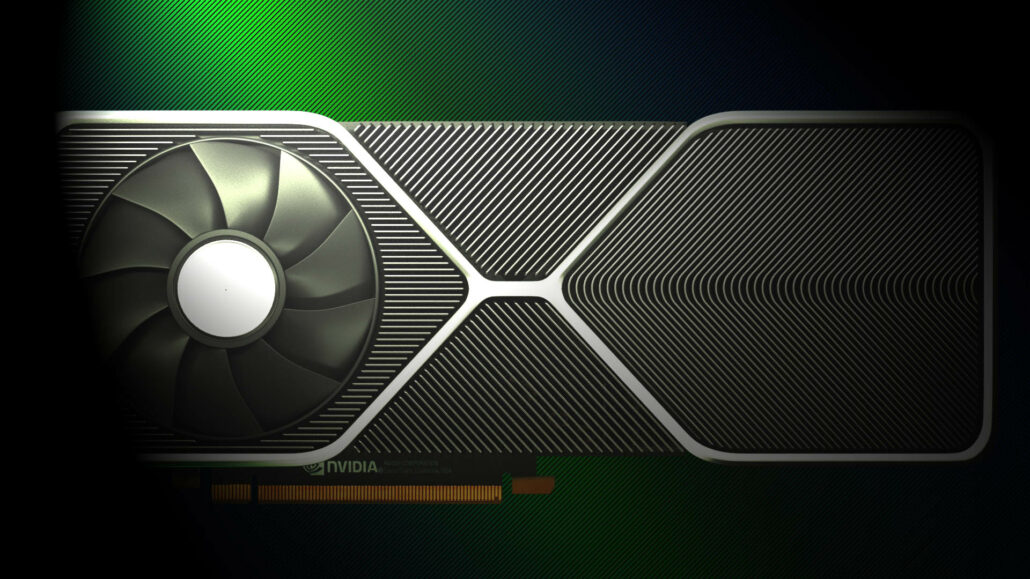 The switch to GA102 from TU104 on the RTX 2080 is definitely an interesting one. A high-end SKU would also result in higher wattage and thermals but I believe this could be done to raise the bar up on the sub $500 segment which should comprise of GA104 based RTX 3070 and RTX 3060. The latest performance leaks also show a considerable performance improvement over the RTX 2080 and even the RTX 2080 Ti in synthetic benchmarks. If the same could translate over to the gaming performance, then Ampere does look like a super enticing product for gamers who have waited for almost 2 years now.

The NVIDIA GeForce RTX 30 ‘Ampere’ Gaming graphics card lineup is expected to be announced on 1st September at a digital event which will be hosted by CEO of NVIDIA, Jensen Huang. We expect at the very least, three new graphics cards during the event which include the GeForce RTX 3080 Ti (or RTX 3090), GeForce RTX 3080, and a next-generation Titan. There’s definitely a lot more to talk about regarding the Ampere GPUs but we will have to wait until more information comes our way.

Which NVIDIA GeForce ‘Ampere’ GPU are you waiting for the most?
See also  Lineage W: two million pre-registrations in 15 hours for Lineage W