Japan has been the home of the most cutting-edge mobile apps in the world ever since the days before touch screens and even 3G data. Even today, the Japanese are known to be some of the biggest producers globally of gaming apps, including some of the most innovative titles in their class.

The apps both inside and outside of Japan are definitely not limited to games, however, and the Japanese are constantly pushing what can be done through a smartphone. Here’s a rundown of everything unique outside gaming that can be found as an app from Japan.

This category is for those games which do provide some form of entertainment but stop short of being video games in themselves. They range from the mild and cute to the bizarre, with the case in point being the absolutely fascinating Face Stealer, which can take a photo of a face, human or otherwise, and superimpose it onto the live camera for some awesome and unsettling effects.

The nearest you’d get to any kind of gambling app is Pachinko apps, while general gambling apps have to come from foreign providers like Vera & John. Bonus.jp has a list of the casinos available in Japan, and you can check out their site before you get started if more ‘normal’ gambling is what you’re looking for. For a real Japanese experience, though, there are plenty of pachinko and even anime pachinko apps coming out of Japan and available globally.

Anyone who has ever visited Japan will know that while the national travel network of trains and buses is an absolute marvel in itself if you actually have to navigate it, especially as a foreigner, it’s a bit of a nightmare. That’s why there is a range of travel apps for getting around Japan itself, and many of them have a bunch of extra features you wouldn’t find in the U.S. or Europe. 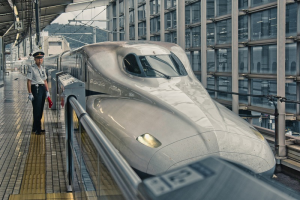 For instance, the most popular app, Navitime, even includes local guides of highlights for tourists, such as events, cultural points, where to shop, and much more. It covers the Tokyo area as well as the rest of the country, although Tokyo is definitely where you’ll need it most.

It might sound bizarre, but things like earthquakes are quite commonplace in Japan, to the point where people are taught earthquake drills, and it’s not uncommon for Japanese houses to have an emergency kit ready. In that context, it’s no surprise that there are dedicated apps for emergencies. The most prominent is Yurekuru Call, an app tied directly into early warning systems for earthquakes that can give seismic readings and a map showing the range so the user can get ahead of it.

There are plenty more unique Japanese apps that we haven’t been able to mention here, including some which are a little less than family-friendly, but you can be sure that there will be ever more unique work coming from the world’s leading country for unusual tech.