One of the biggest selling points of Windows 11 is that you can run Android apps without installing additional virtual machines. Recently, the Windows Subsystem for Android (known as WSA) appeared on the Windows 11 Microsoft App Store, which means that Android applications may be supported when the official version of the Windows 11 system is released on October 5.

Makazeu also said that the Windows Android subsystem can run smoothly on the AMD Ryzen 7 4800H platform, and it even beats the Snapdragon 895 in CPU score (I guess you mean 888, right?). The process shows that the VmmemWSA can fully utilize the CPU performance, but the current GPU call is not perfect. 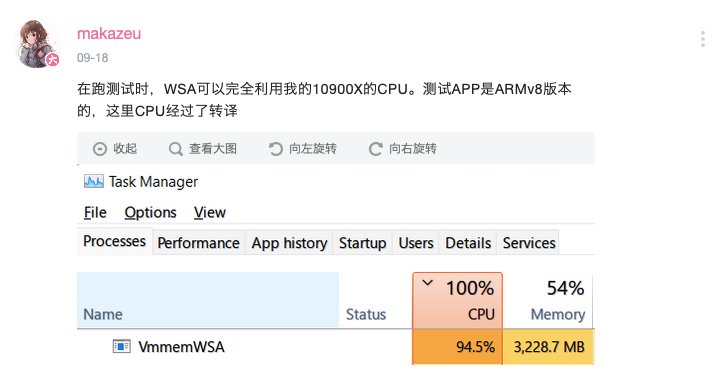 The Windows Android subsystem application adds a new option for multi-device collaborative office, which will be a very convenient feature for users who only have one mobile phone.