LG is launching three new UltraGear series monitors: the two UltraGear models 32GQ950 (4K resolution, 160 Hz) and 32GQ850 (QHD resolution, 260 Hz) use LCD panels and each have a 32-inch diagonal. In contrast, the LG UltraGear 48GQ900 is based on a huge 48-inch diagonal with 4K resolution and 120 Hz with an OLED panel as its base. In addition to DisplayPort 1.4, all three monitors also have HDMI 2.1 as an interface.

This then opens up the possibility of combining current gaming consoles like PlayStation 5 and Xbox Series X with gaming monitors. Especially since the monitors are certified for DTS:X headphones according to the manufacturer. The two LCD monitors are even certified for VESA DisplayHDR 600 (32GQ850) or 1000 (32GQ950). The LG UltraGear 32GQ850 is even certified for the new VESA AdaptiveSync display, making it one of the first monitors that can be advertised with it. 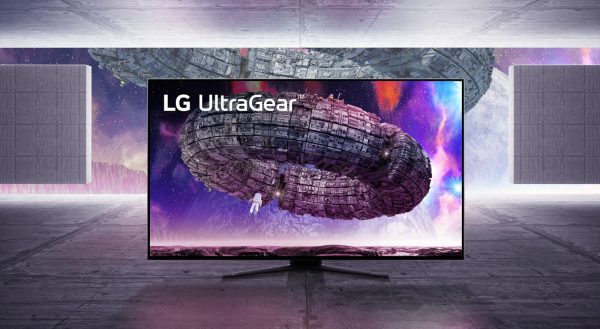 LG has already confirmed that it wants to expand its gaming portfolio. So, in addition to the new UltraGear monitors, a gaming mouse and mouse pad will also appear under the brand’s banner in the course of the year.

Unfortunately, release dates and prices for the three new UltraGear monitors are still open. They will be released for the first time in Japan at the end of May 2022. In Europe, they should be on the lookout soon after. Certainly, LG Germany will contribute the missing information in a timely manner to the publication.