Magic: The Gathering Arena (MTG Arena) for those who still do not know is the free digital version of the famous card game created by the American company Wizards of the Coast. The game is currently available for PC and Mac and can be downloaded directly from Official site or from the store Epic games.

For the American company this 2021 is a year of novelties, in fact, it intends to launch the mobile version of Magic: The Gathering Arena and new card packs.

From January 28 in digital version and from February 5 also in physical aptitude, the new Kaldheim expansion will be available.

In this new expansion a Viking theme new characters will be introduced, new mechanics like Boasting me Predict and a new type of double snowy terrain.

Also new to the Kaldheim expansion are the new Nordic-inspired borders and borderless cards.

On January 28, Wizards of the Coast will release the version in early access of Magic: The Gathering Arena on a selection of mobile devices with Android operating system. 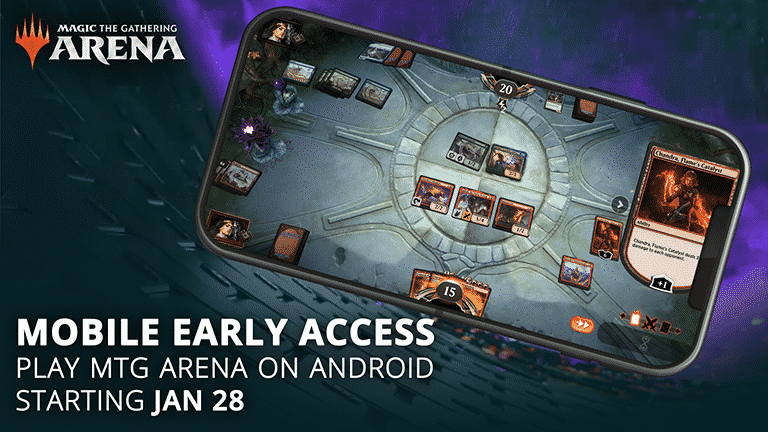 The early access version will, in fact, be available only on upper-mid-range devices, to remove any doubt that the company has released the minimum requirements required to run MTG Arena. In fact, it will be necessary to have available a device with 4 GB of RAM, Android Marshmallow (6.0) or higher and one of the following chipsets: Kirin 970, Snapdragon 845 or Exynos 9810.

Wizards of the Coast has also released an indicative list of compatible devices, between them we have Samsung Galaxy S10, OnePlus 8, Huawei P30 Pro me Google Pixel 3 and other devices present in this list.

READ  GameRefinery/Facebook: This is why avid gamers will pick up a new game

After the first phase of early access, the game will be released for all Android and iOS devices before the end of 2021.

It is also important to know that Magic: The Gathering Arena for mobile devices in its early access phase will support the multiplatform game and will include all the card games available for MTG Arena, as well as the new expansion Kaldheim.