The iPhone 12 series of smartphones is highly appreciated worldwide, In just 7 months since its launch, it has managed to cross the 100 million mark sold. Apple achieved such a performance in 2014 with the iPhone 6 series.

Specialists believe that this success is due to the adoption of 5G technology and the OLED screen in all models of the series. 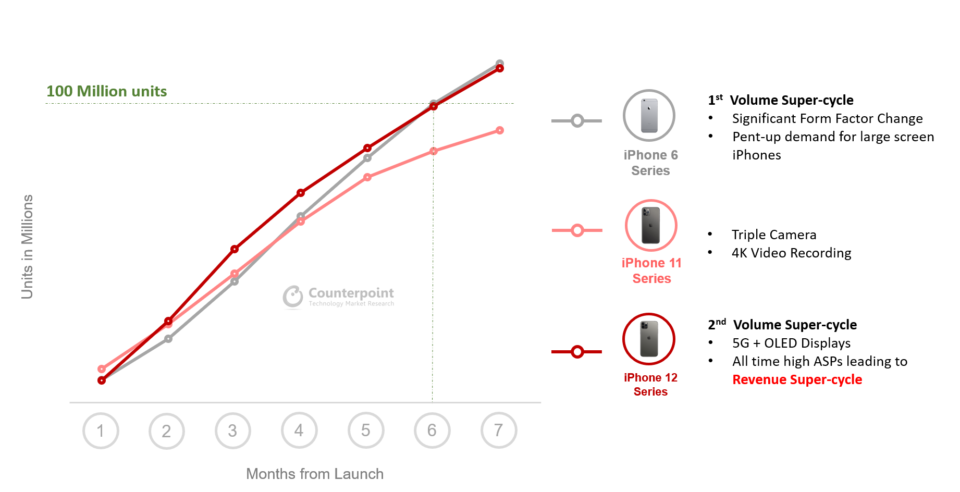 Last year’s iPhone 11 series reached the milestone of 100 million units sold in 9 months, a performance that makes the result of the iPhone 12 series even more remarkable.

See also  The Microsoft Xbox Series S is rumored to start at $299 and the Series X starts at $499.