Attention: the version of Internet Explorer that you are using does not allow correct display.
Moto.it is optimized for Internet Explorer 9 or higher, or you can use other browsers such as Chrome, Firefox or Safari. 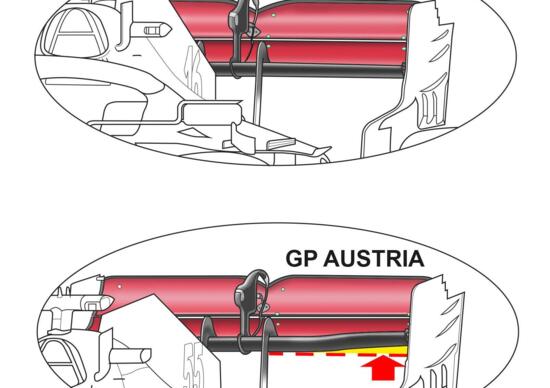 The Ferrari Aerodynamically unload the car for the race. Compared to the last Grand Prix held on the same track, red chooses a car with less resistance and more top speed on the fast sections.

On Styrian Grand Prix it had adopted a rear wing with completely straight flaps that guaranteed more downforce. For him Grand Prize of Austria Instead, the rear wing is spoon-shaped with the main flap raised on the outer sides. Solution that allows moving forward with less resistance and therefore higher top speed.