Both companies have initially raised six and a half million dollars for what would be a revolutionary propulsion system for electric aircraft. This mechanism would be fully certified and would allow electric aircraft to transport energy several times on board, increasing their resistance to flight and allowing a quick recharge fuel.

The advantages of using hydrogen fuel

The hydrogen fuel system has already been validated in different tests and provides sufficient capacity to perform energy-consuming take-off and landing tasks.

The initial idea is to make five 650 kW hydrogen batteries which will be integrated into the PA-890 electric helicopter. This prototype would have five seats. However, at the moment the aircraft has not been fully certified for commercial use.

It is likely that in the future air mobility increase thanks to the use of this type of vehicle. There are many companies that want to manufacture these aircraft and use them as a method of transportation.

The sky will be full of these airships

That would imply the creation of new runways and landing pads and a possible saturation of the airspace, a situation that could become dangerous. Also, the use of batteries could make it difficult to function. That is why the use of hydrogen as a fuel source helps to create a long range and fast fuel system which will be very important in the future.

The president and director of the airline has assured that at this time his team is concentrated developing and grading hydrogen batteries to implement them in what would be the world’s first hydrogen-powered helicopter. 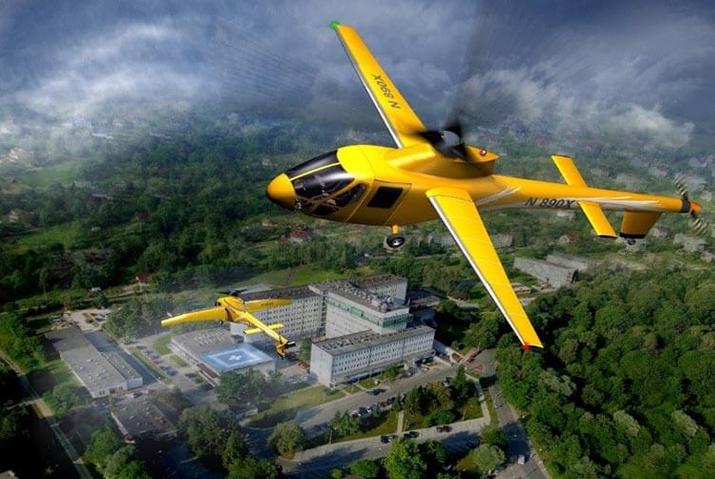 In fact, it is expected that in the future different companies will collaborate on this same technology in order to further improve and optimize this system.

Laboratory tests show that hydrogen fuel cells have sufficient technical feasibility. The objective is develop large-scale systems for a couple of years to back up certification tests of these aircraft within three years and thus fulfill customer orders starting in 2025.