The Chinese group Yoozoo is particularly known for their mobile games. Its boss and founder, Lin Qi, was assassinated at the age of 39 on December 25, obviously poisoned. One of its directors was arrested.

For many western players, the Chinese group Yoozoo Games He was known for being the creator of the incredible League of Angles series, but also one of the last entertaining video adaptations of the franchise. game of Thrones on mobile platforms (Game of Thrones: Winter is Coming). And sometimes reality seems to surpass fiction.

On December 25, Lin Qi, founder and head of the group Yoozoo who had made him a billionaire, died at 39, obviously poisoned. By way of a statement, the Yoozoo group indicates that Lin Qi would have been ill on December 16, before going to the hospital himself. His condition would have gradually deteriorated, forcing him to be transferred to a new hospital in a brain-dead state, before his death was pronounced on December 25.
In light of the first elements of the investigation reported by the Chinese police, Lin Qi was reportedly poisoned. According to the Chinese press reporting the words of his doctor, the symptoms of Lin Qi could evoke poisoning with a neurotoxin such as tetrodotoxin (the poison of the fugu fish) or a mixture of poisons. According to the authorities, the poisoning would therefore be voluntary and during the investigation one of the Yoozoo group’s employees, Xu Yao, who heads the group’s “film production” branch, was arrested. . 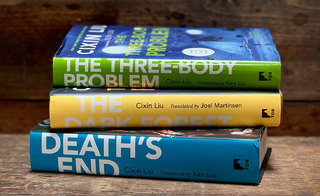 According to local media, Yoozoo’s boss and his production manager had a professional dispute: the former obviously would have liked the departure of the latter, whose salary had recently been cut. The case comes as Yoozoo Pictures negotiates the adaptation of the sci-fi saga The three-body problem (from novelist Liu Cixin) to which Yoozoo owns the rights. The group had initially planned to adapt the literary trilogy in feature film form in China, before changing their minds and entrusting the rights to Netflix who announced last september his intention to turn it into a television series.
The stakes are obviously high insofar as the saga meets awe-inspiring critical and popular success, in China but also in the West, in particular thanks to former President Barack Obama, who is said to be a fan of the saga.

Employees of the Yoozoo group paid tribute to their boss, both in front of the group’s headquarters and on Chinese social networks (the matter generated a significant echo on Weibo, where messages of condolence add up to more than 290 million visits). . At this point, it is still unclear what consequences Lin Qi’s disappearance would have on Yoozoo’s business and future – he was a major shareholder in their group.

The main cheat site has been shut down, here’s why

Fratelli D’Italia spots the stress of childcare only on women “

Vi pays 50 GB of additional data; See what this plan is, who will get the benefits? – Marathi News | Vi offers an additional 50GB of data with annual prepaid plan for select customers

The main cheat site has been shut down, here’s why

Fratelli D’Italia spots the stress of childcare only on women “

Vi pays 50 GB of additional data; See what this plan is, who will get the benefits? – Marathi News | Vi offers an additional 50GB of data with annual prepaid plan for select customers