Apple can be stubborn at times. From time to time, the American group refuses to respond to the wishes of its users for years. However, with iOS 16, Apple is jumping over its own shadow and giving iPhone owners a feature that has been on their wish list for a long time. But some adjustments are still needed. 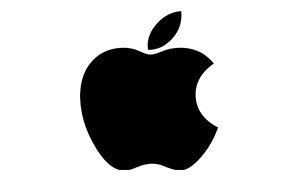 Along with the new generation of iPhone, the fall will also see the launch of iOS 16 expected. Apple is currently testing the latest version of the iPhone operating system. The latest beta version has a feature that iPhone users have been waiting for since 2017: the Battery indicator in percentage in the status bar.

iOS 16: Apple brings back the battery percentage indicator in the iPhone status bar

Apple removed them when they released the iPhone X. There is not enough real estate on the screen, so Apple justified the removal with reference to the notch. Five years later, Apple has found a solution to the problem. the new battery percentage indicator is now part of the battery icon on the home screen. You can see how this works in practice here:

Not all younger iPhones should have the battery indicator as a percentage in the status bar. The iPhone 12 Mini and iPhone 13 Mini go according to macrumors empty, like the iPhone XR or iPhone 11. With the former, the space on the 5.4-inch screen is probably not enough, however, with the latter, the screen resolution is too low, at least that’s our guess.

By default, the battery percentage indicator is disabled and must first be activated in the settings.

These innovations are also available in iOS 16:

Apple still has some tweaking to do

The fact that Apple is once again showing the battery percentage in the status bar is a welcome step. In the However, the cult group has yet to work on implementation.. Biggest flaw: the battery icon. Regardless of battery level, it is now always filled so that the percentage display is visible. In everyday life, this could lead to confusion. So Apple still has to make some adjustments here and adjust the new (old) feature.