Yesterday’s WWDC 2022 didn’t really offer any surprises, only the new CarPlay surprised me. But there was one thing I found relatively interesting: Apple unveiled a AAA game for macOS during the keynote.

We’ll soon see Capcom’s Resident Evil Village, and EA’s GRID Legends and Hello Games’ No Man’s Sky are also planned for later this year. And since they’ve been optimized for M chips, we’ll see them on iPads too.

In the press release for the new version of macOS, Apple talks about “AAA Gaming” and an “immersive gaming experience” on Macs. Macs are known for just about everything, but not good gaming PCs.

That could change with the M-series, because Apple is actively promoting AAA gaming and with Switch controllers, all common controllers from big gamers will be supported in the future. Apple could be one of them, the potential is there.

Imagine an Apple TV with an M2 chip, which I think costs $100 more than the current model and is being mass-marketed by Apple. Add a good controller and you have a very powerful console in one go.

Apple Arcade is also an example, but after launch it developed quite modestly and had more potential. Somehow, Apple always shows some interest in gaming, but they don’t go on the big offense either.

If that doesn’t change, then the M platform won’t be a gaming platform for Apple either, no matter how suitable it is. Perhaps WWDC was also a turning point, but three well-known (and sometimes old) games are not enough. 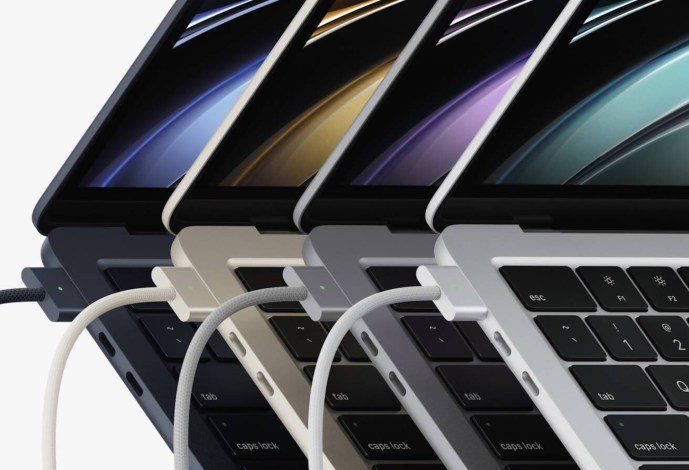 Apple today introduced an all-new MacBook Air, which unsurprisingly comes with a new design. It’s reminiscent of the new MacBook Pro and I would have expected the Air to be dropped, but Apple is keeping the addition…June 6, 2022 READ NOW →