The museum’s works “welcome” visitors to the city of Cortona: from the Spirito Santo car park, to the escalator climb to Largo Beato Angelico, here are the photographic installations of Mattia Balsamini.

Based on an agreement between the municipal administration, Cortona on the Move, Maec and the Etruscan Academy, a new initiative has been launched to publicize the city’s museum collections in a new and original way. The authors are the photographer Mattia Balsamini and Studio Fludd, specialized in visual education. A joint action that allowed to reproduce a series of objects exhibited in the stained glass windows of the Maec, belonging to the historical collections of the Academy.

“The choice of pieces was not made based on their artistic importance or aesthetic aspect, but only trying to identify the suggestions that emanate towards the visitor: original points of view, play of light and shadow”, declares the deputy. Lucumone of the Etruscan Academy Paolo Bruschetti me Sergio Anchor.

The experiment found a central place in the context of Cortona on the Move initiatives: some panels with images accompanied by captions They were placed along the road between the Spirito Santo car park and the Garibaldi piazza, others in the long Beato Angelico space, in front of the San Domenico church.

«We are proud to collaborate with the Etruscan Academy – declares Antonio Carloni, director of On the Move – for our association that deals with contemporaneity, developing projects together with the oldest cultural institution, the one that made Cortona an international benchmark, is like closing a circle ».

See also  You maniacs! You manufactured COD: Modern-day Warfare in excess of 200GB

“It is an initiative that we strongly support – declares the Councilor for Culture of the Municipality of Cortona, Francesco Attesti – The objective is to promote the visit to the Maec according to a new and original spirit, however the facilities do not disappear at the end of the festival, but remain as a fixed illustrative element throughout the year.

In fact, the project foresees that with the next edition of Cortona on the Move other themes will be chosen, presented from time to time by other photographers according to equally original themes. This is another occasion in which the Museum expresses vivacity and the ability to always create new stimuli for the visit.

Together with the creators of the initiative, Antonio Carloni, director of Cortona on the Move, Paolo Bruschetti, vicelucumone of the Etruscan Academy and Francesco Attesti, councilor for culture of the City of Cortona, the competence and availability of the photographer Mattia Balsamini and the Fludd Group for having created a new and original presentation of the cultural reality of Cortona. 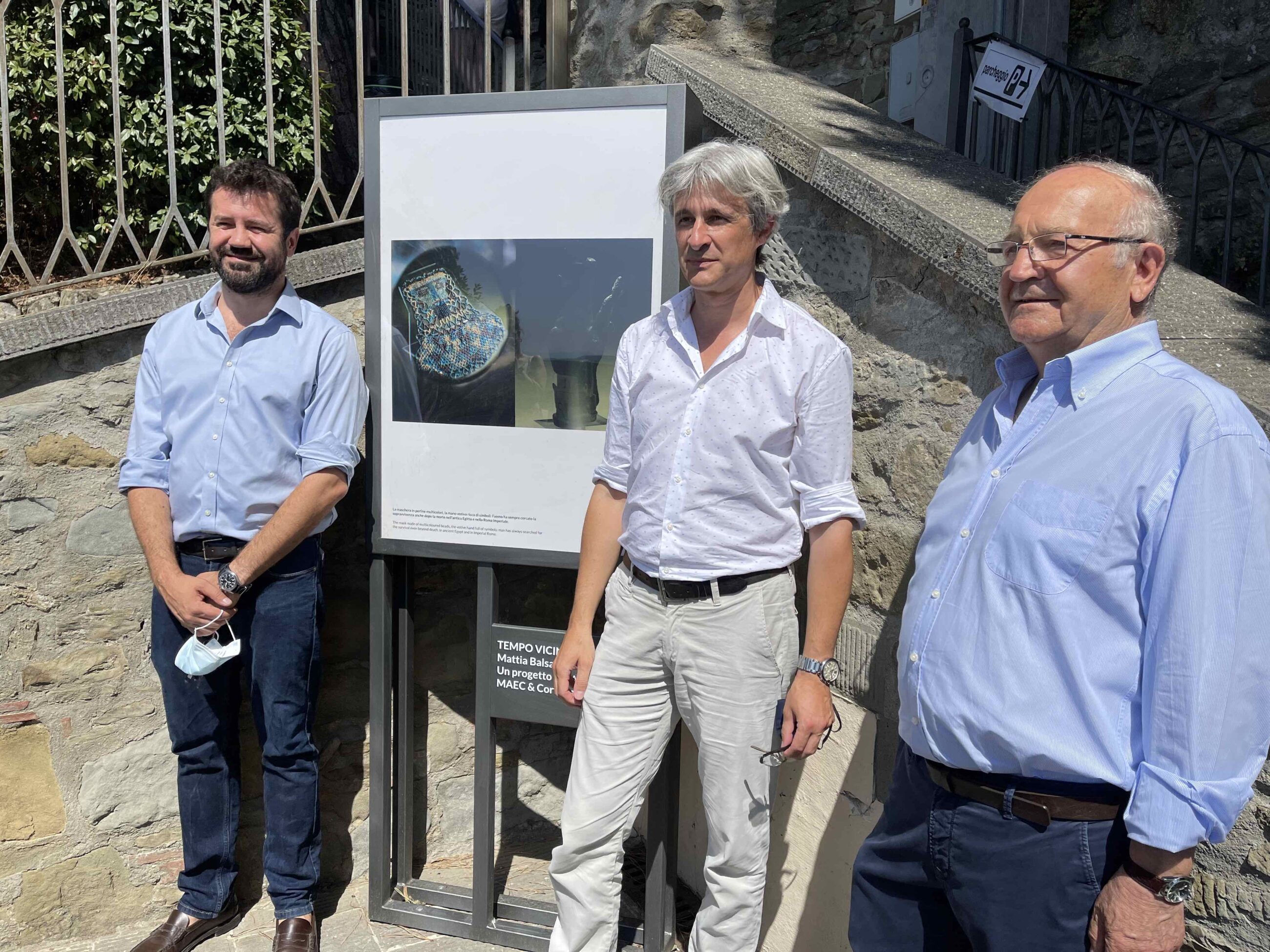 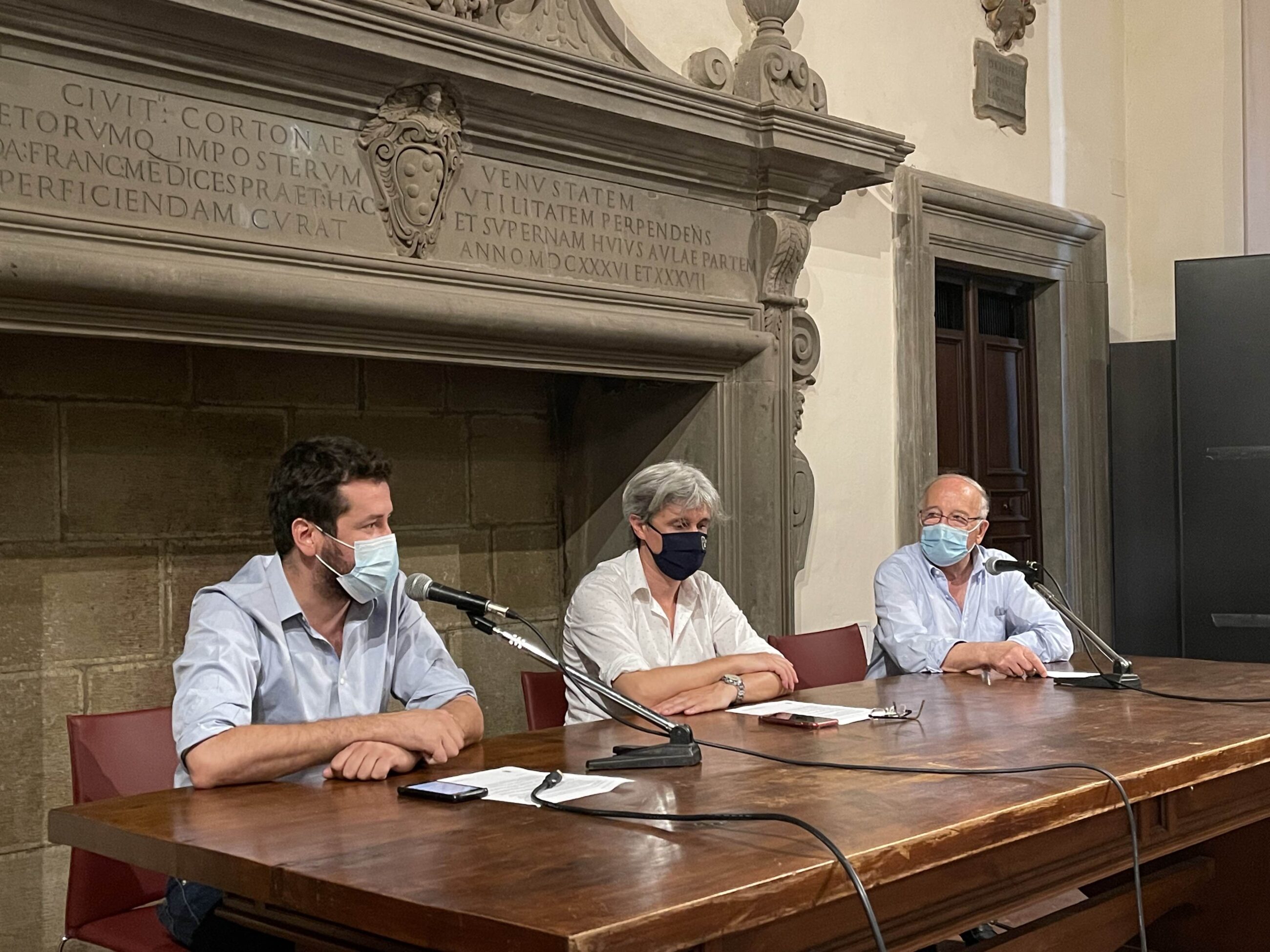 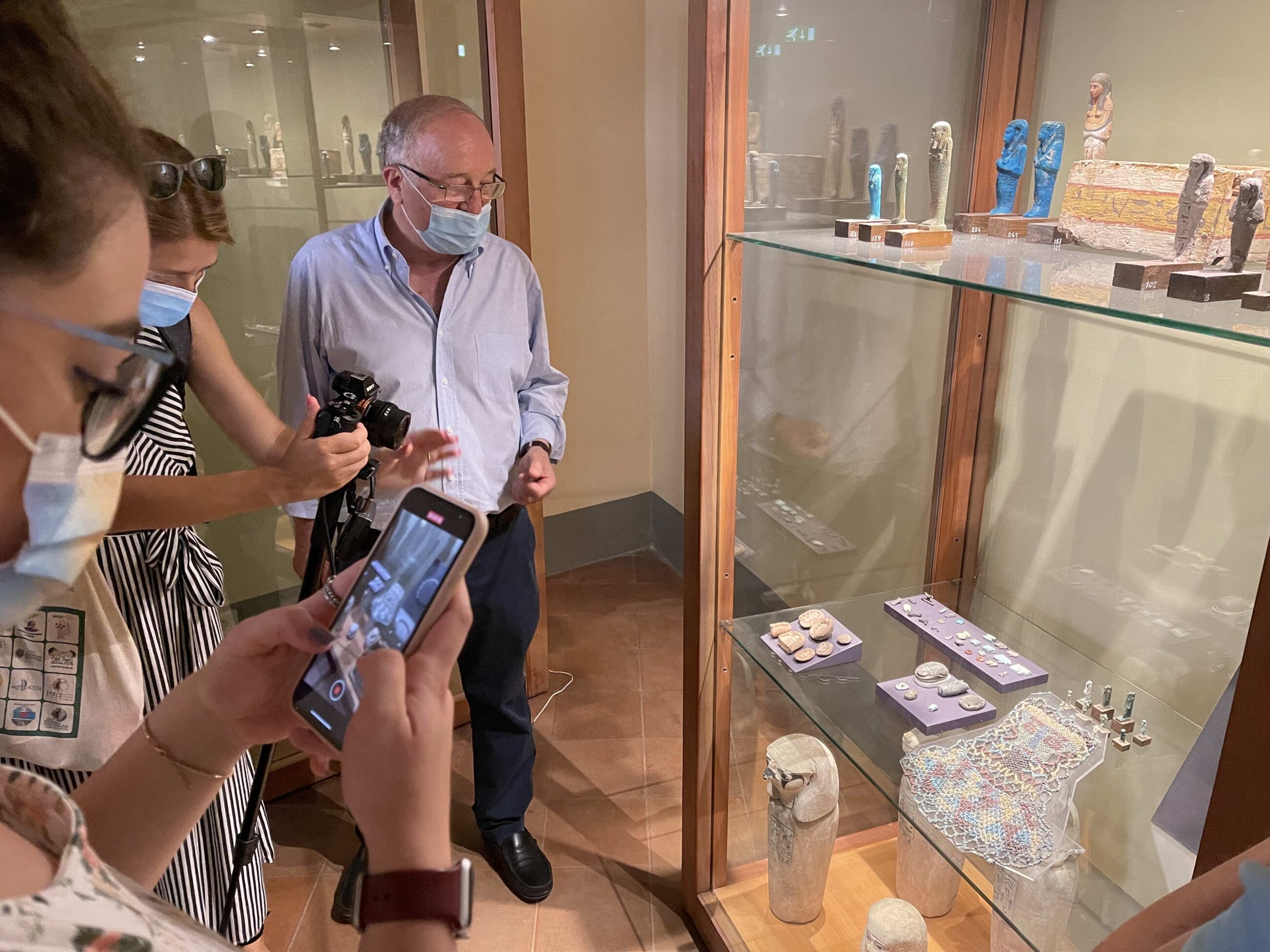 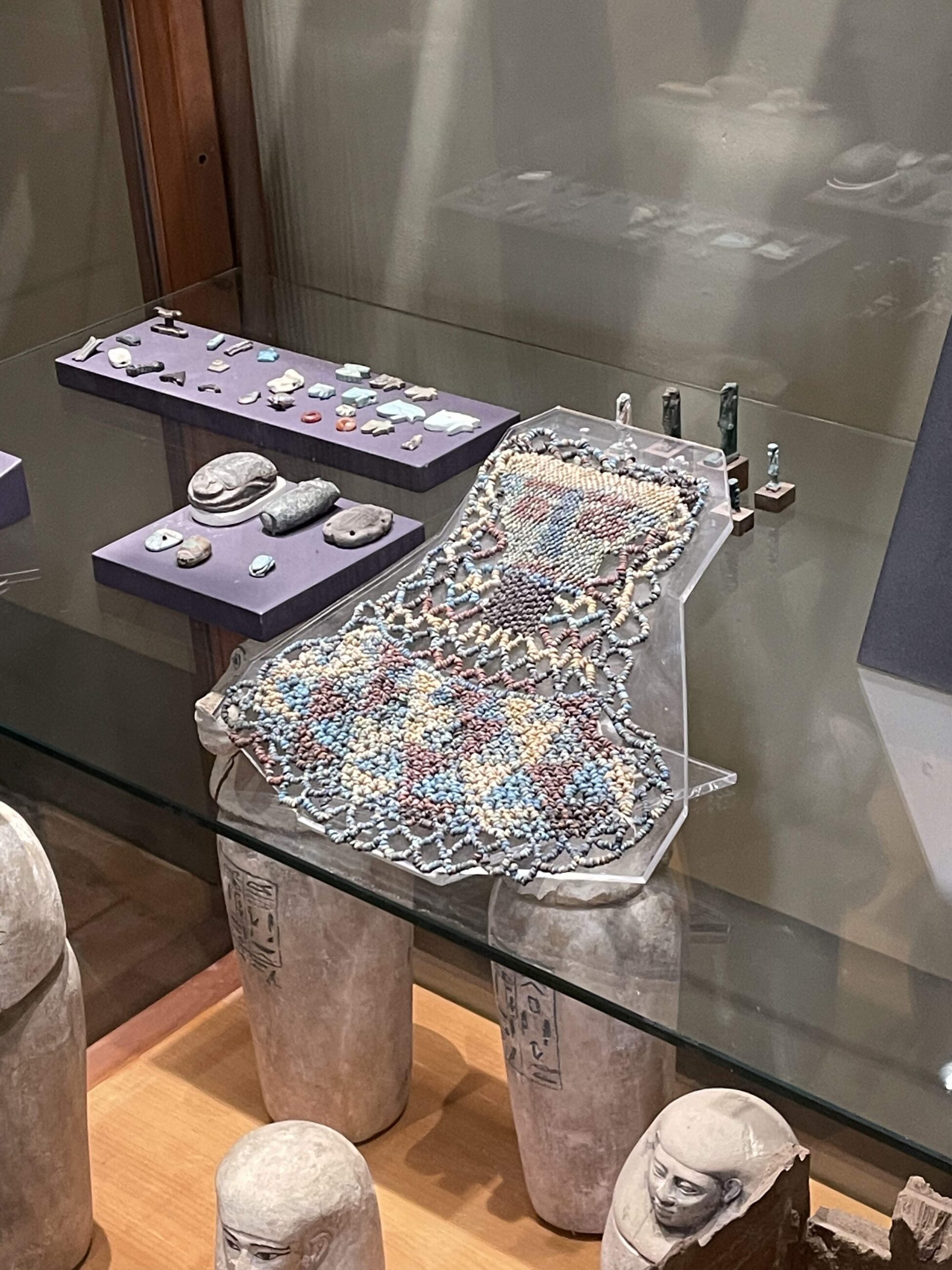 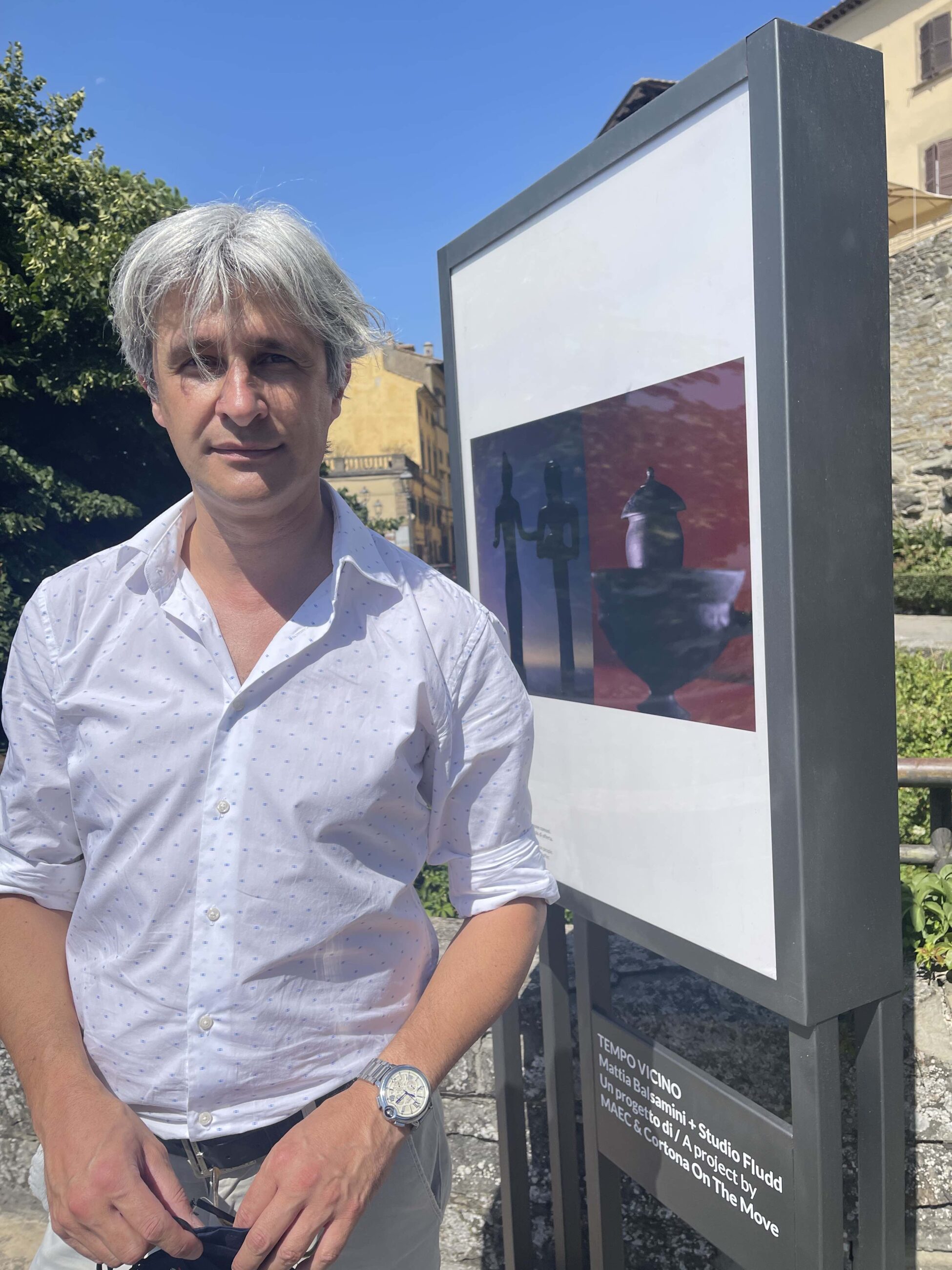 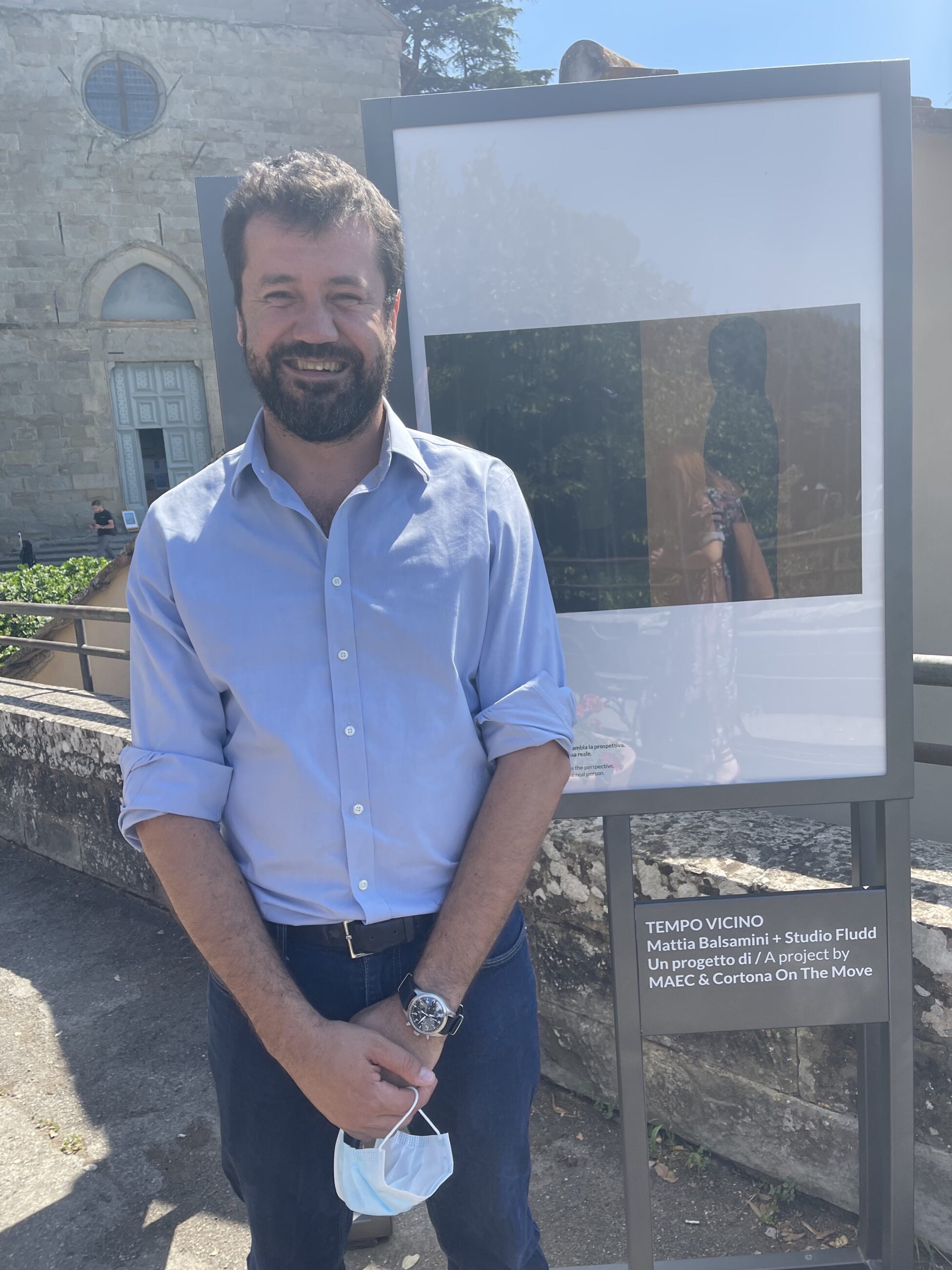