I reveal the MYSTERY behind all the Brawl Stars’ TRIOs!

We will talk about all the combinations / trio / families / teams that can be found on BRAWL STARS. Yes, on Brawl Stars there are many brawlers who have a lot in common with each other, that they can form gods trio of brawlers, such as the WILD WESTS trio of Shelly, Colt and Spike.

I remind you that in addition to the articles on this site, you can also watch my (Sparx) Brawl Stars videos on YouTube by simply clicking this LINK -> CLICK HERE

In addition to having all three Wild West character styles, except for Spike who is a CACTUS plant, they are also among the first brawlers to come to Brawl Stars. This is the first of the trio that I showed in my video, now we will talk about all the others too, without skipping any brawler. 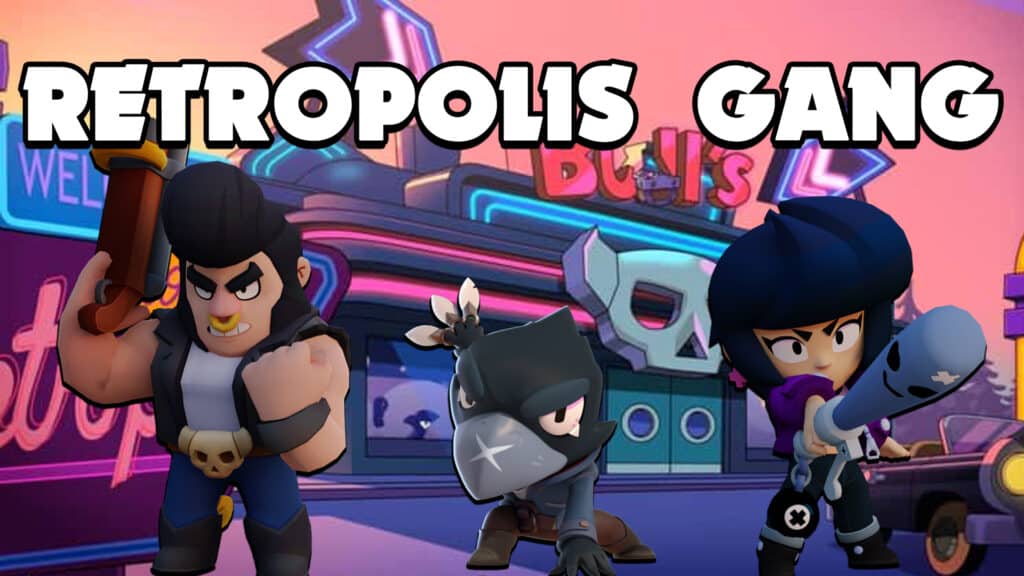 Retropolis was announced through a video that made it clear that the trio of this area was precisely that of Bull, Bibi and Corvo. In my video above, I showed the part of Retropolis that confirms this trio and also the Wild West trio.

Are you convinced now that I showed you this video? Let’s move on to the next trio! 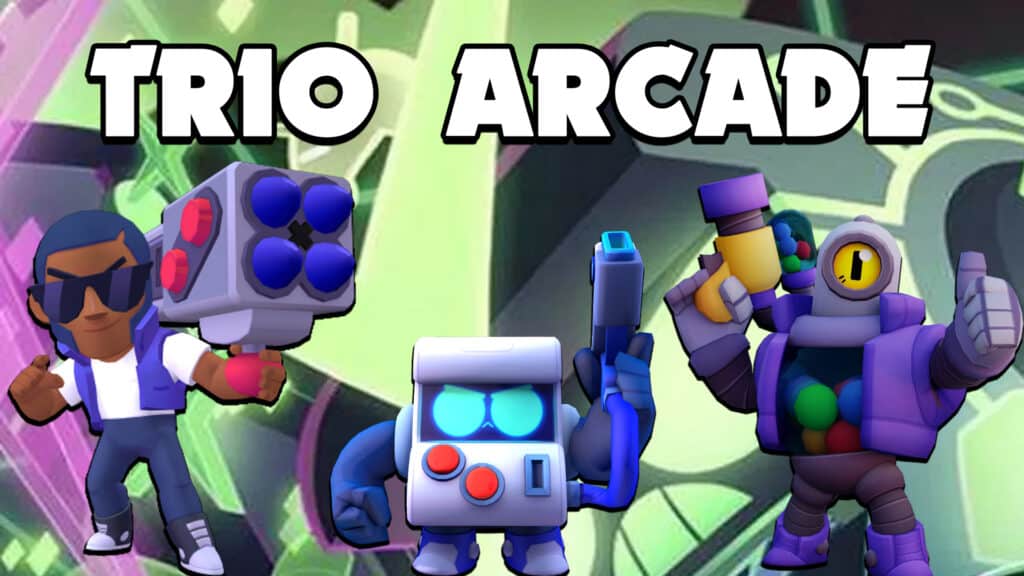 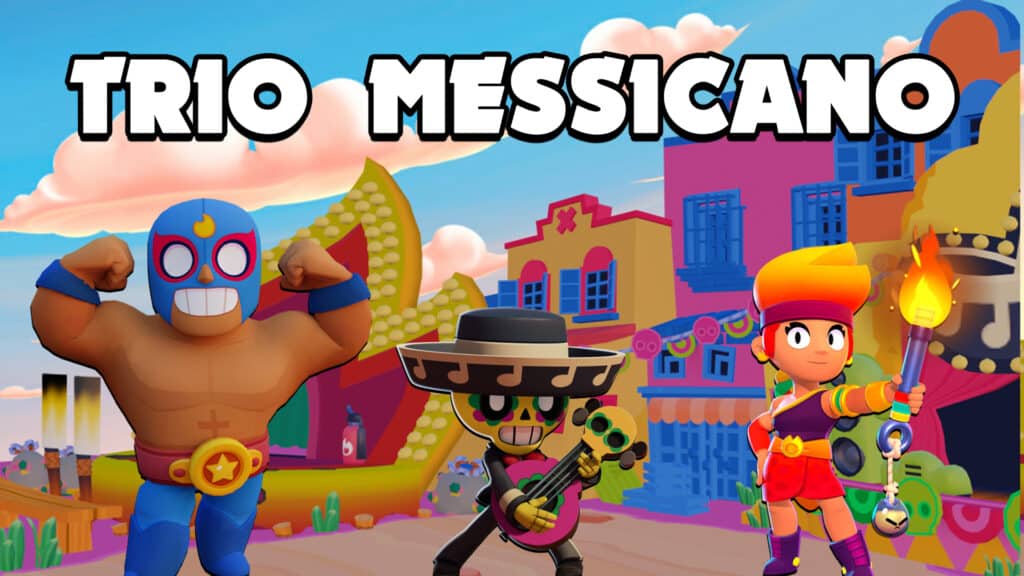 The last of the trio arrived on Brawl Stars and confirmed by Supercell is the Mexican Trio formed by El primo, Pocho and Ambra (new legendary brawler). This trio was confirmed in the last Brawl Talk by Ryan and also we can see in the last game setting inserted, the stage of Pocho, the arena of Amber and the Ring of El Primo that give another confirmation of the familiarity of these 3 brawlers. 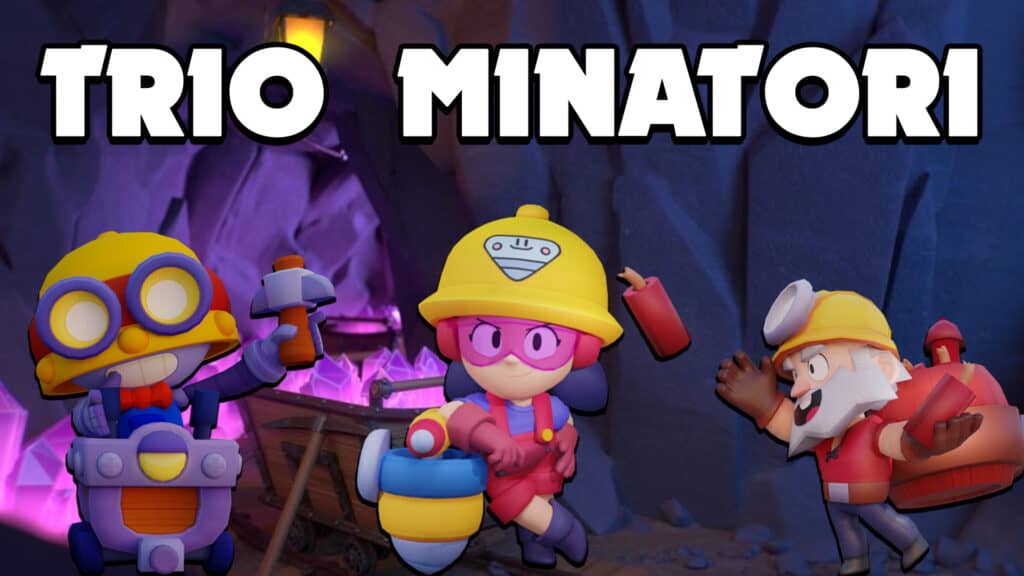 Another trio on Brawl Stars is that of the miners formed by Carl, Jacky and Dynamike. All three have a yellow hat that represents the mine uniform and have characteristics that recall this theme a lot: Carl with the pickaxe and the mine cart, jacky with his rotary hammer and finally Dynamike with his explosive dynamites and the helmet with mine light. 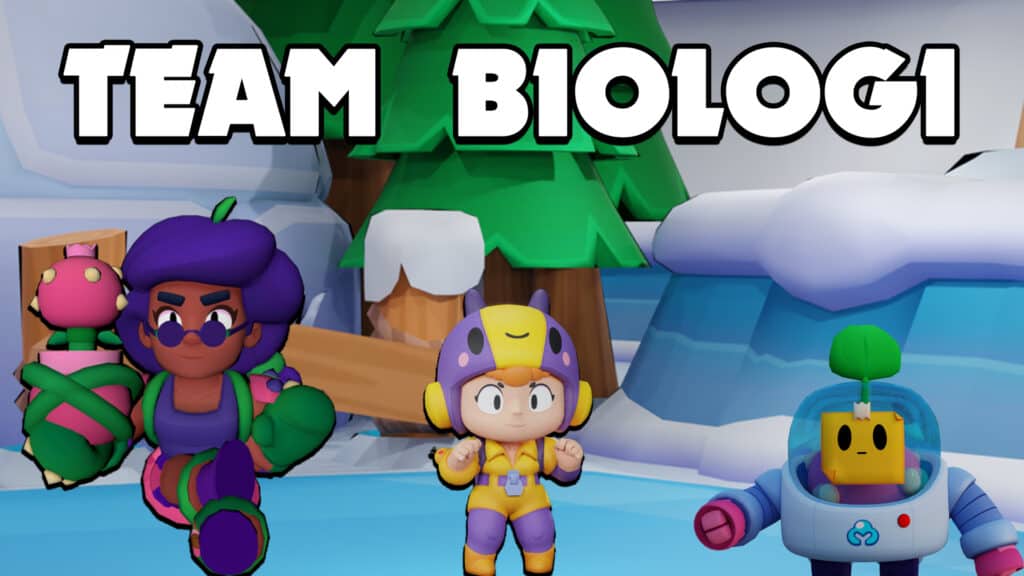 Let’s now talk about the team of biologists, all brawlers who have to do with nature and plants in particular. An expert botanical rose who uses her experience in her field to eliminate her enemies, Semino which, precisely from the name, is a small plant seed that launches leaf buds and finally Bea, who uses her powers to control the nature of bees and other small insects such as ladybugs and beetles (other skins). In short, Supercell has managed to create perfect teams on Brawl Stars. 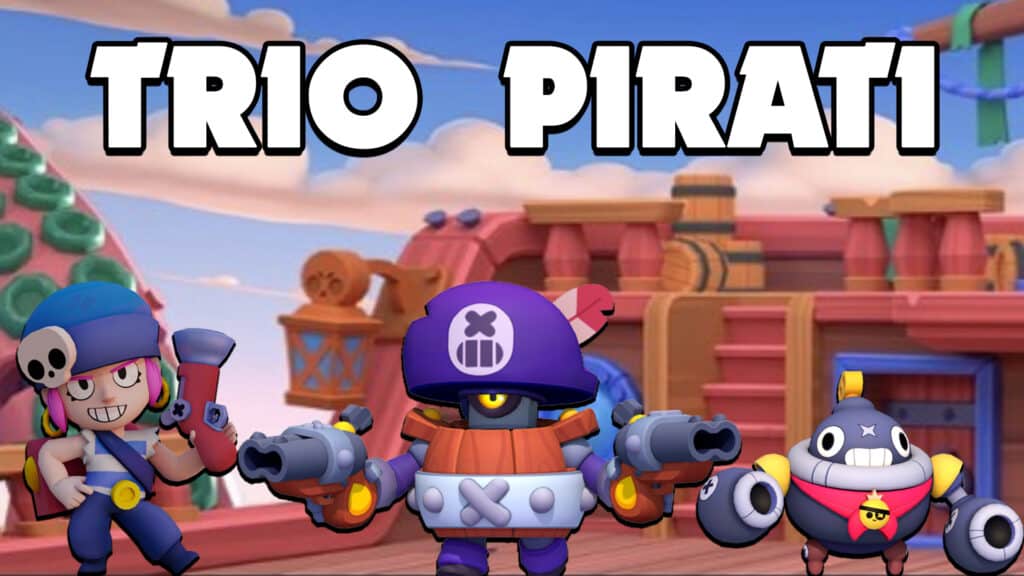 It’s time to sail the seas in the company of the Brawl Stars Pirates Trio and I’m talking about Penny, Barryl and Tick. Penny is fully dressed like a real pirate, while Barry reminds us of a Pirate captain (maybe bearded from Pirates of the Caribbean) and finally Tick who is a small pirate cannon that throws explosive balls. In short, a perfect pirate trio. 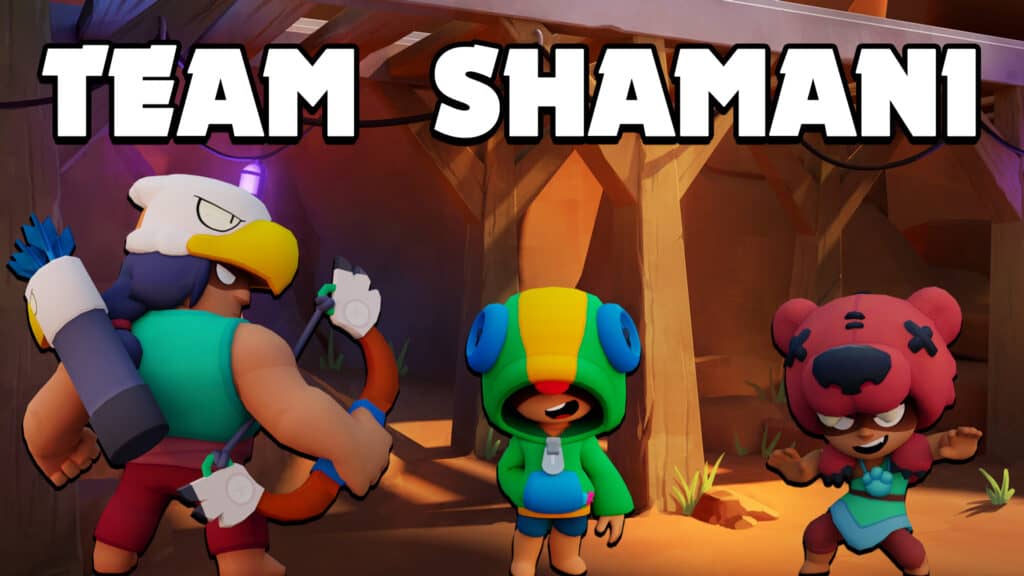 READ  "Khalil Yasuo" was the surprise departure of the "nuclear energy scientist" ... so were his contributions until his death details

Have you already formed this trio or are you missing any of these brawlers? 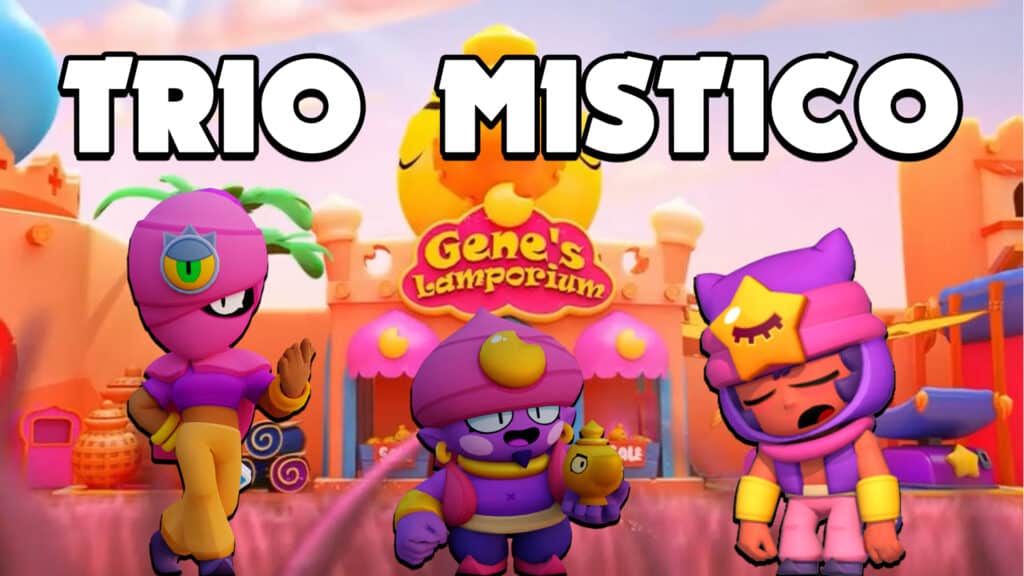 The Mystical trio has been completed with the arrival of Sandy! With Tara’s Bazaar we connected Eugenio to Tara thanks to the setting developed by Supercell and we can find other clues that connect these three characters.

All three have the same colors in their clothes, all three wear oriental clothes and all three have a symbol on their heads (eye on tara, eye on sandy and a symbol on Eugenio). Tara summons magical creatures, while Eugene can use mystical power to pull enemies to her and Sandy can summon sandstorms. 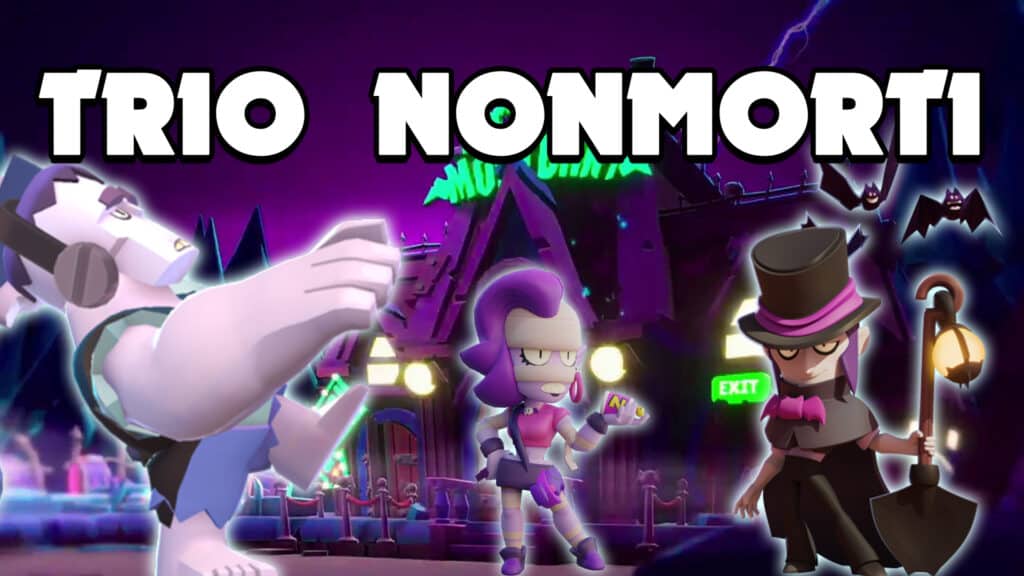 The undead trio is easy to recognize on Brawl Stars, we find the Vampire Mortis, Frank creature that was created from nothing and finally Mortis EMZ’s granddaughter, who is a mix between Mummy and Zombie.

These three characters were confirmed by Supercell during the 2019 brawl-o-ween, when the Sanctuary of Mortis and the arrival of EMZ in the duo Frank – Mortis were announced with a video. Who is your favorite of the Undead trio? 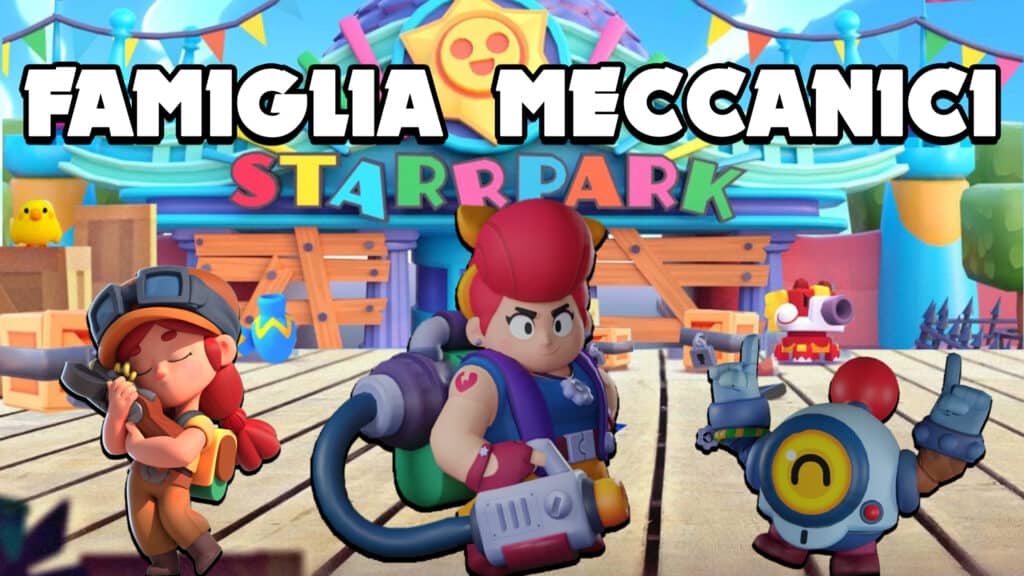 I called it the mechanical family and then changed it to the engineer / builder family or in any case it is a family of engineers who create turrets and many other technological gadgets. This TRIO was confirmed by Supercell during Iris’s arrival on Brawl Stars, it is assumed to be a creation of Jessie / Pam this brawler. Additionally Iris wears the same pendant as Pam, which proves they are part of the same TRIO. 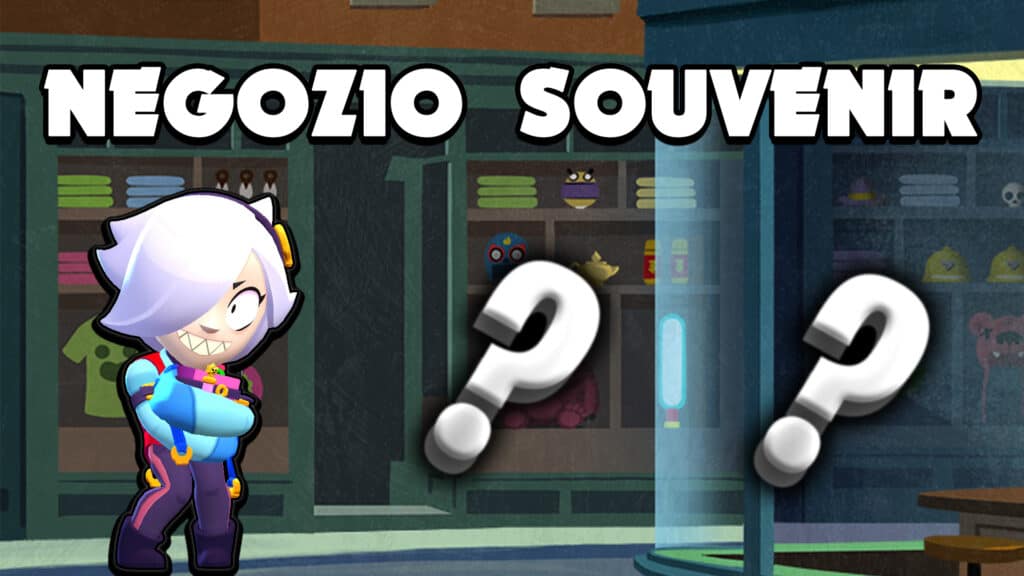 This TRIO is still under construction, as for now we only have one character who is COLETTE. Surely the next brawler coming to Brawl Stars could have something to do with Colette and her Souvenir shop. 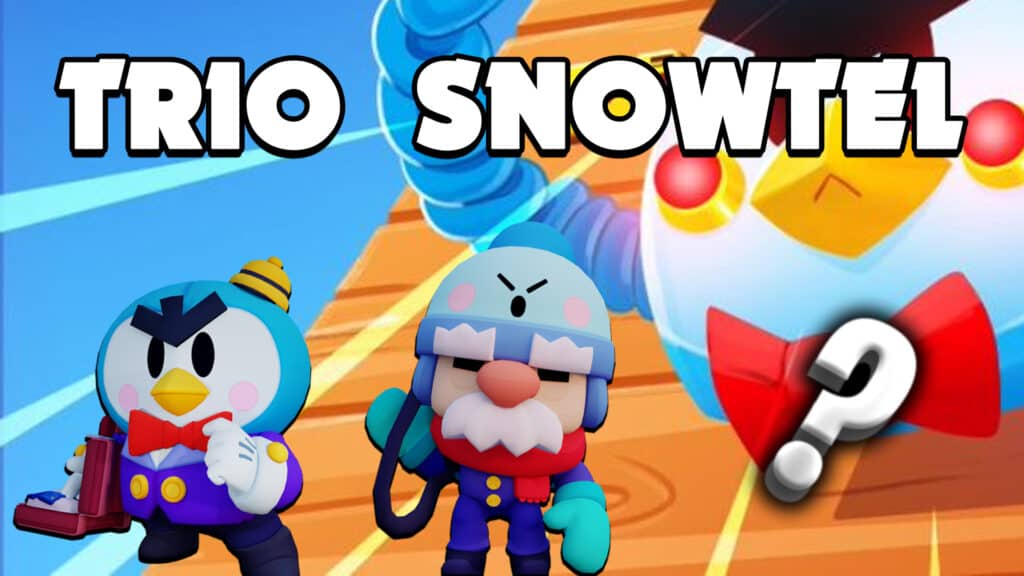 The Snowtel trio is still ongoing as a member is still missing and I hope it will arrive in the Christmas BRAWLIDAYS update. Except that in my opinion it’s hard to see 2 chromatic brawlers in the same trio, so if it comes out in December it will probably arrive as a Rare or Trophy Path brawler and maybe we get 2 brawlers in November.

In this trio we have MR. P, manager of the “SNOWTEL” hotel and also Gelindo who is the porter of the hotel managed by Mister P, what could the third member be? Do you have any ideas? Maybe a brawler who assigns hotel rooms? 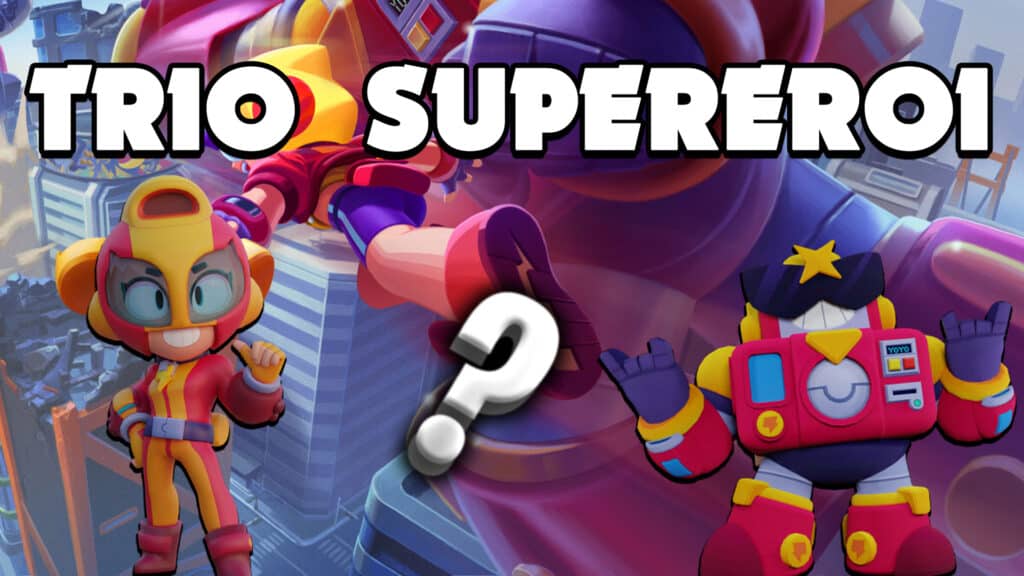 This TRIO is also still incomplete and will have to fill up as soon as possible. The trio formed by the heroine Maxine, who uses her energy drinks to be faster than the Flash and then Energetik the Robot who can evolve into multiple forms to save the Super City population. In short, that space must be filled by a new superhero, I really hope something Electric or Aquatic. 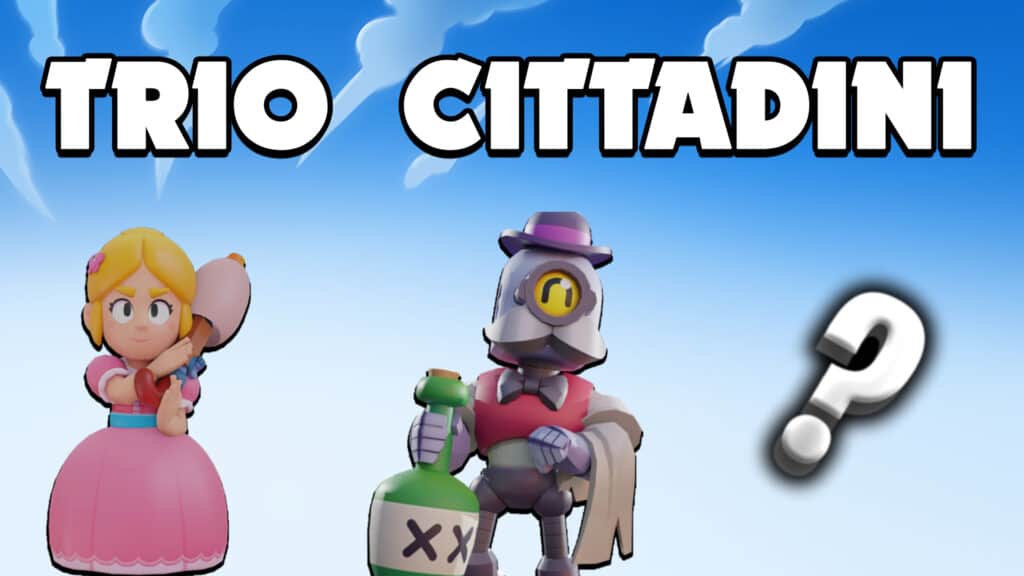 These are two brawlers who have no particular duties, they are simply two citizens who carry out a normal activity in their daily life. Bombardino with its Bar serves people drinks, while Piper walks around the city with her indispensable umbrella and occasionally delights in creating fantastic EXPLOSIVE muffins in her career as a Housewife. Here too, a third member of the trio is missing, and I have no idea what it could be honestly.

Please leave a reaction below if you liked my article and SUBSCRIBE to my Youtube channel to play with me! Thank you for reading and activating the notifications of Brawl Stars Italy so that you can stay up to date with the latest news, tips and all the guides on Brawl Stars !!!