Samsung Display participated in Display Week 2021, an online event that represented the right opportunity to take stock of theevolution of the South Korean manufacturer’s OLED panel technology. The images shown below and released by Samsung Display show products that will be integrated into future devices, although details on timing are lacking.

One of the most interested is the new OLED screen to fold which has the particularity of being able to fold into three parts. The panel can be folded both inside (Z Fold 2 style, so to speak) and outside; when folded twice, it allows you to use a device that has dimensions not very different from an ordinary smartphone; when fully open it has a maximum size of 7.2 “. The idea that Samsung had anticipated it years ago in a patent.

Then we move on to another type of equally interesting screens (if not more in some respects), namely i OLED screen scorrevoli. Following the advances contained in patents, there is confirmation that Samsung Display is working on this type of product. The prototype shown at Display Week has an OLED panel that can be stretched horizontally. The advantage of this solution lies in the fact that you are not forced to deal with the screen crease. 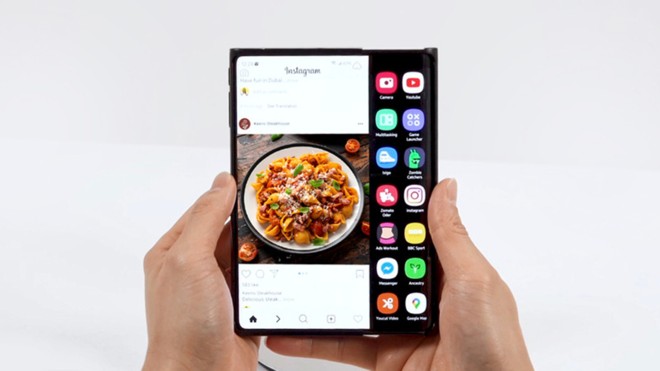 The folding screen solution returns in an additional prototype that confirms the manufacturer’s willingness to use it not only with smartphones but also with tablets. Prototype shown shows a tablet with 17 “foldable OLED screen in 4: 3 format. 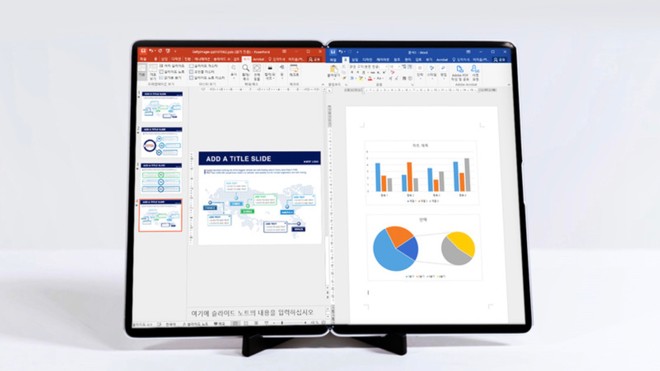 And finally there was also space to mention the technology of UPC (camera under panel) applied in this case by a laptop. This feature allows you to significantly reduce screen bezels. Even the top one, which usually houses the webcam, can be very small since the camera is located under the panel. It is not the first time that Samsung Display mentions this technical solution: see the video published earlier this year. Under-display camera technology is also expected to apply to smartphones and next Galaxy Z Fold 3 it could be the first Samsung smartphone to use it. 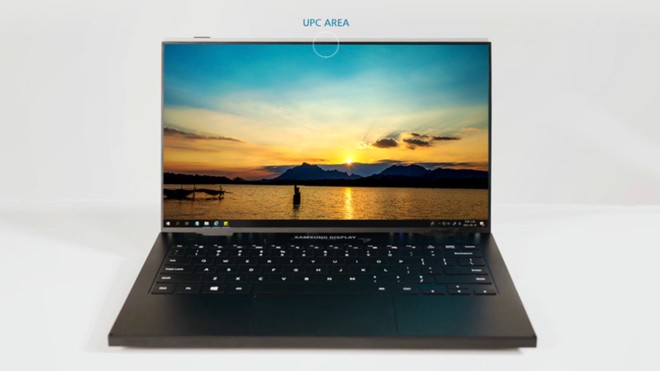 A taste on the screens of future electronic devices, waiting to know more concrete details about when they will debut.