On the outskirts of the Tokyo Olympic Athletics Stadium, things are no less fiery than the incredible achievements of the runners on the track. In the meantime, these have been reflected in two incredible world records in the 400m hurdles and countless personal records and results that we have not seen in other races for a long time.

There are many experts, there are many theories, but no one can identify the root cause of all this phenomenal ability. The shoes star in the headlines, but also the new track, the crown, the competitiveness. We will try to put some order in all the theories that are launched in the air and with good reason.

Shoes. To understand a little more about the footwear revolution, let’s go back to 2018. This was not the year they came up with the idea of ​​making carbon fiber running shoes. The truth is that companies like Reebok did it in the 1990s, but it was not really successful or economical. For 2018, Nike decided to produce the perfect shoe for the perfect marathon runner, Eliud Kipchuga, before his attempt to break out of a two-hour marathon. They then released the model called 4% VAPORFLY, adding a study they conducted that shows this shoe improves running performance by 4 percent due to carbon fibers that contract during foot landing and bounce it up. . That is, the shoe significantly helps us to float in the air more than any other shoe.

At first, there were those who thought it seemed like a marketing exercise, but everyone who used it reported an improvement in the road race, and on top of the world the results spoke for themselves and most professional marathon runners improved. their results, while at the same time voices were heard in the world talking about “technological doping”, that happened a decade ago with the flood of swimsuits.

See also  The tablet PC according to HANNspree 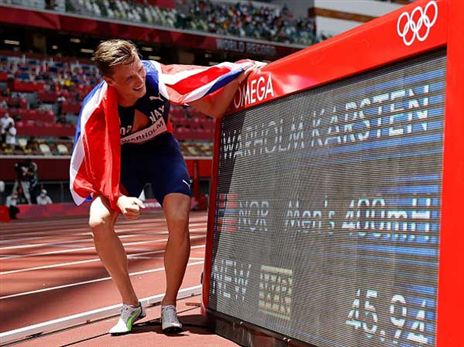 But in this case it was impossible to stop the snowball. Other companies began using this technology in road shoes, and then Spikes shoes, the same studded shoes used on the running tracks, also came along.

The International Athletics Federation was alarmed by the same voices of “technological doping” and established procedures for the entire issue of footwear. The bottom line is that they decided to limit the height of the sole in each shoe so that the carbon plates that are inserted into the sole are not too large and therefore do not significantly improve performance. Sprinting has been determined to allow soles up to 20mm in height and medium runs up to 25cm. Some of the large companies have had to slightly change their models and align with the new procedures. Then came the Tokyo Olympics.

The route. And beyond the subject of running shoes, here it is important to note: Warholm, McLaughlin, Thompson and others have raced in carbon shoes even before. In the case of Warholm, for example, he ran a month before the games and broke the world record for the first time in the 400m hurdles with 46.70 seconds wearing the same pair of Puma shoes developed for him by the engineers at the Warholm. Formula 1. Mercedes team.

It is quite possible that when you return to racing very early in the Diamond League round, you will not be seen approaching a result of 46 seconds or less, because one of the main reasons for faster races is the track itself and not necessarily. the shoes. It should be understood that in most cases you will see the best athletes in the world racing on a completely new track only at the Olympics or World Championships. Replacing a running track costs a fortune, and the glorious stadiums that host Diamond League or other major competitions don’t replace the track every year. 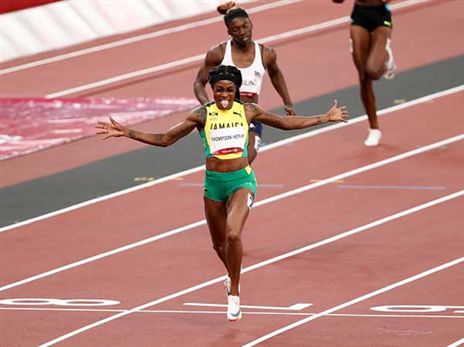 Also in this case, Mundo, the world leader in athletics, may be taking advantage of the crazy results for marketing purposes, but the words of the Tokyo track, Andrea and Uri can certainly be seriously considered, who explained that this time we built a particularly thin track, 14m thick. “M, and claims they added more rubber granules there which create an energy-returning effect to the runners.

In other words, when you hear the commentators or the athletes themselves say that the track is particularly fast, take them seriously.

Isolation. Another important factor. It can be said that this is the first time in the modern era where we see the best athletes in the world prepare for the Olympics for 5 years instead of 4 and enjoy a relaxed pre-Olympic year, without a lot of competition and also without opportunities. do too many things outside the sport, as any coach would like. They dedicated 2020 to the most effective training possible, improving technique, recovery, rest, injury treatment and minor injuries that could lead to injuries. Everyone had time to reboot into a body that absorbs so much, in too many cases also because, as we know in all sports, the race is short and as much as possible should suffice.

Rivalry. In the case of Carsten Warholm and Benjamin Rai in the 400m hurdles, they each achieved a crazy result before Tokyo, but mostly competed against themselves. The meeting between the two on the track in Tokyo was the first between them this year. There is no doubt that each of them has taken away a few more good percentages, perhaps even more than the 4 percent of Nike road shoes. 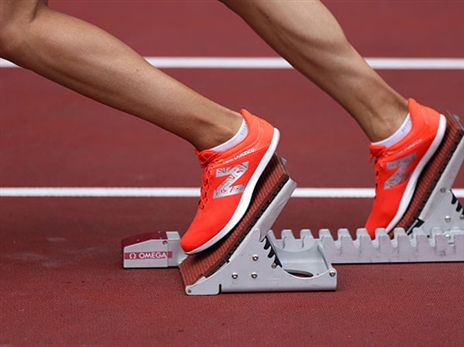 Shoes are getting better (getty)