The rise of CRYPTOCURRENCY, the means defended by many to challenge the financial system and even the States, It has caused banks and monetary authorities to pay attention to them. The European Central Bank, we already told it, sees the future of a digital euro with which to guarantee citizens “free access to a simple, universally accepted, safe and reliable means of payment.”

Now it is the PSOE in Spain, the main parties of the coalition government, which intends to urge the Executive to study the creation of a digital euro as a “digital public currency” with which, among other objectives, the money would be recovered “as a public good, more stable and under democratic control as it is under the control of a central bank.”

They defend the creation of a public digital currency as a way to “recover money as a public good, more stable and under democratic control.”

The Socialist Parliamentary Group of the Congress of Deputies intends to promote the creation of “a group of studies on the implementation of a digital euro as a digital public currency” by presenting two propositions no law for discussion in the Committee on Economic Affairs and Digital Transformation, as well as in the plenary session of the Lower House.

Socialists, in the explanatory memorandum, argue that more than 80% of the institutions consulted for a report by the Basel International Payment Bank work on projects related to digital currencies belonging to a central bank and that there are various reasons for this remarkable interest in public digital currencies or CBDC for its acronym in English.

The PSOE defends that cryptocurrencies, due to problems such as volatility and their environmental impact, do not meet the criteria “to be money”

Among these reasons, the proposal highlights the gradual disappearance of cash, the rise of new forms of payment in which cryptocurrencies are framed, and the very advances in digitization and massive data management that make this new financial reality possible. They emphasize that Although cryptocurrencies try to be a kind of private money, they do not meet the criteria “to be money” and have “at least two big problems”: “high volatility” and its “significant environmental impact”. So they see a need for a digital euro.

Furthermore, the Socialist Parliamentary Group notes that a central bank digital currency could be considered “as a public alternative to payment systems outside the banking system and therefore escaping the regulation of the sector” and it would allow “the financial inclusion of social groups that have more difficult access to traditional banking services, or do not directly have them.”

The disappearance of cash, argues the non-law proposition, “proposes that all money in circulation be bank and private” 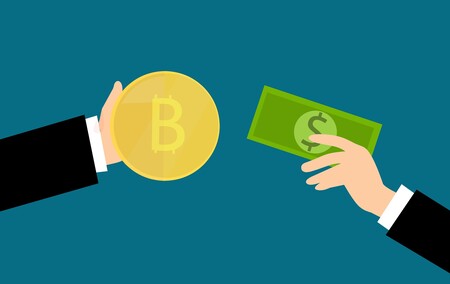 The disappearance of cash “suggests that all money in circulation was private and bank” and hence they see the need for the creation of a digital euro. They argue that it would be safe, compared to private “more insecure” that they would be the cryptocurrencies that we know, that it would have the backing of the State and would allow, for example, that individuals “could have accounts opened directly at the central bank raises the possibility of direct control of the amount of money, a public digital money, safe as it is backed by the State and anonymous, insofar as the transaction data would be legally protected (as is the case with tax or Social Security data) and unrelated to commercial exploitation, as can be the case with other private payment systems “.

In any case, they point out that digital public money “is a reality still in the making that needs to be carefully investigated and evaluated” and they consider it important that Spain can “lead the debate on the CBDC for its possible implementation by the ECB”. A project that, as we said lines above, is on and in a short time you should decide whether to go ahead or not.

The non-law proposals of the PSOE have been presented and, if approved, they would urge the Government with the support of the Congress of Deputies to study this issue.