Not long ago, on Facebook and TikTok continuously There are videos of charity rice distribution with the attitude of the donor that is extremely offensive.. Consequently, these clips record the scene of a charity holding a loudspeaker, asking some people to get out of line, refusing to give out rice. The reasons for rejection are many, from being “dirty”, “fat”, to painting the toenails, usually with a phrase: Why do you paint your toenails but are getting charity meals?

Many people after seeing the clip could not help but feel angry, thinking that “giving is not the same as giving”. The statement of the young man filming the clip not only touched the self-esteem of the person who received the charity meal, but also infuriated viewers. So, in the end, who is the young man in the video that can make such statements?

When distributing rice to this girl, the young man asked why she was painting her nails. 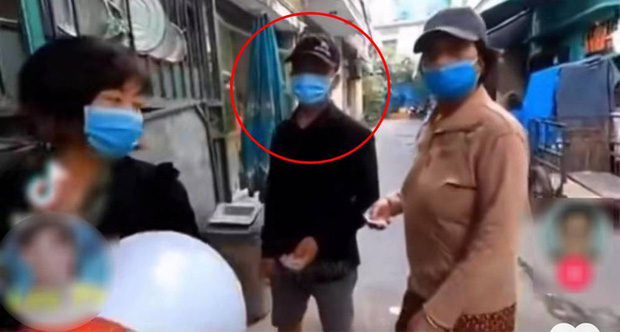 This young man was not accepted because he looked “dirty”

After finding out, it turns out that the young man in the clip is named Tuan Duong, YouTuber and owner of the YouTube channel Saigon Today. Recently, Tuan Duong’s videos are mainly about charity activities. However, instead of choosing content with positive messages, this YouTube channel hits objectionable content, snatches the title, and deliberately makes dramatic clips with the objectionable statements above. For example, the video titled “Lazy guy rummages for something to eat.” 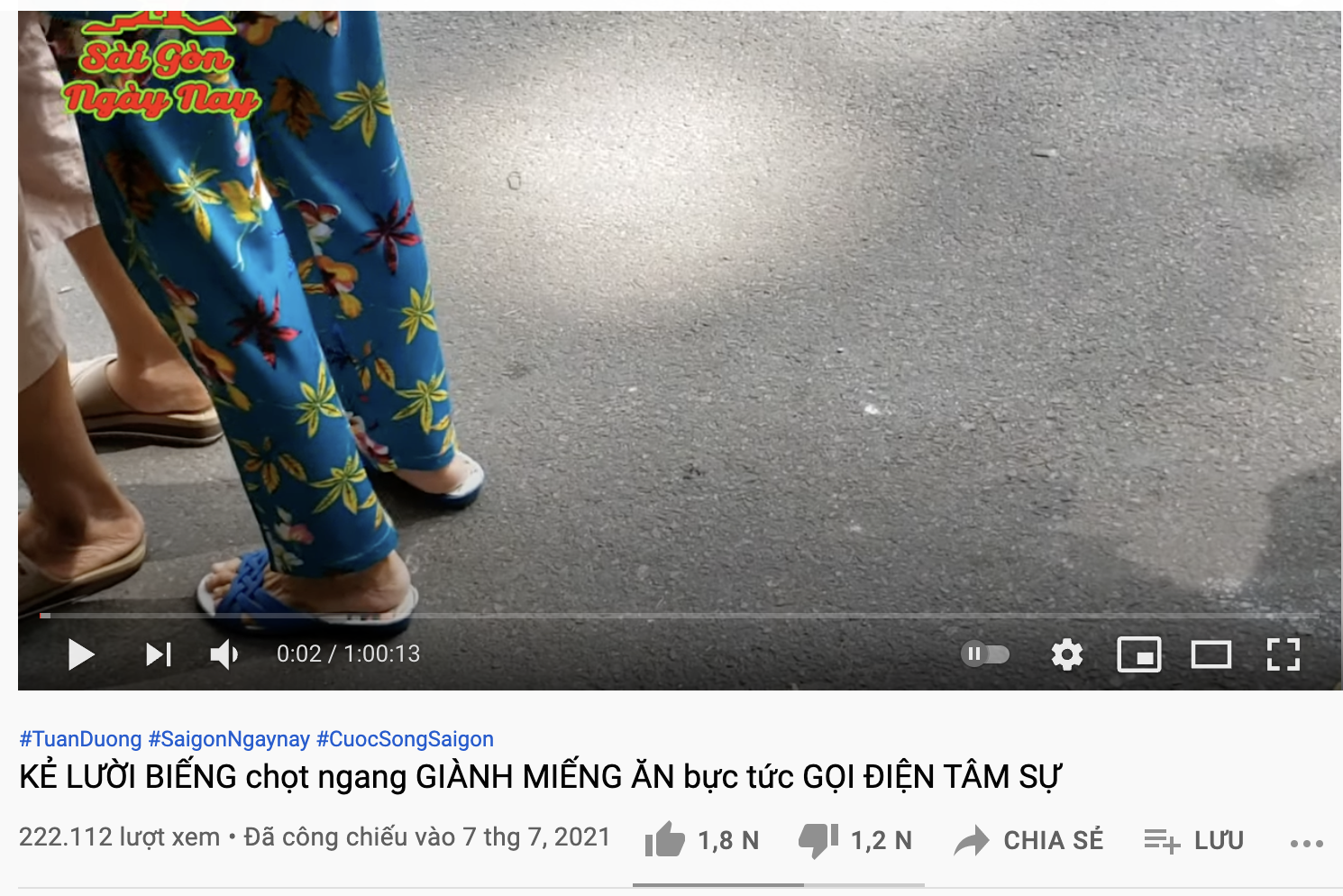 Most of Tuan Duong’s recent videos are posted on YouTube to enable monetization.

When strongly condemned by the online community, Tuan Duong posted a video explaining that: This girl did not come looking for rice, but intended to steal his front pocket. After these two had a fight, I watched her and noticed her. The patients and caregivers of the field are usually honest, direct and do not believe that there is such theft in the city. When he finished eating, I went to find a story as a gift to distract this person, so I would not think about stealing anymore. She also wears a very large necklace around her neck, I don’t know if it is real or fake gold..

Furthermore, this YouTuber also explained more about the case of calling people asking for rice “dust of life”, said Tuan Duong: I know it is offensive to use the word dust, but here I mean to scare off criminals, healthy people whose eyes always lie.. 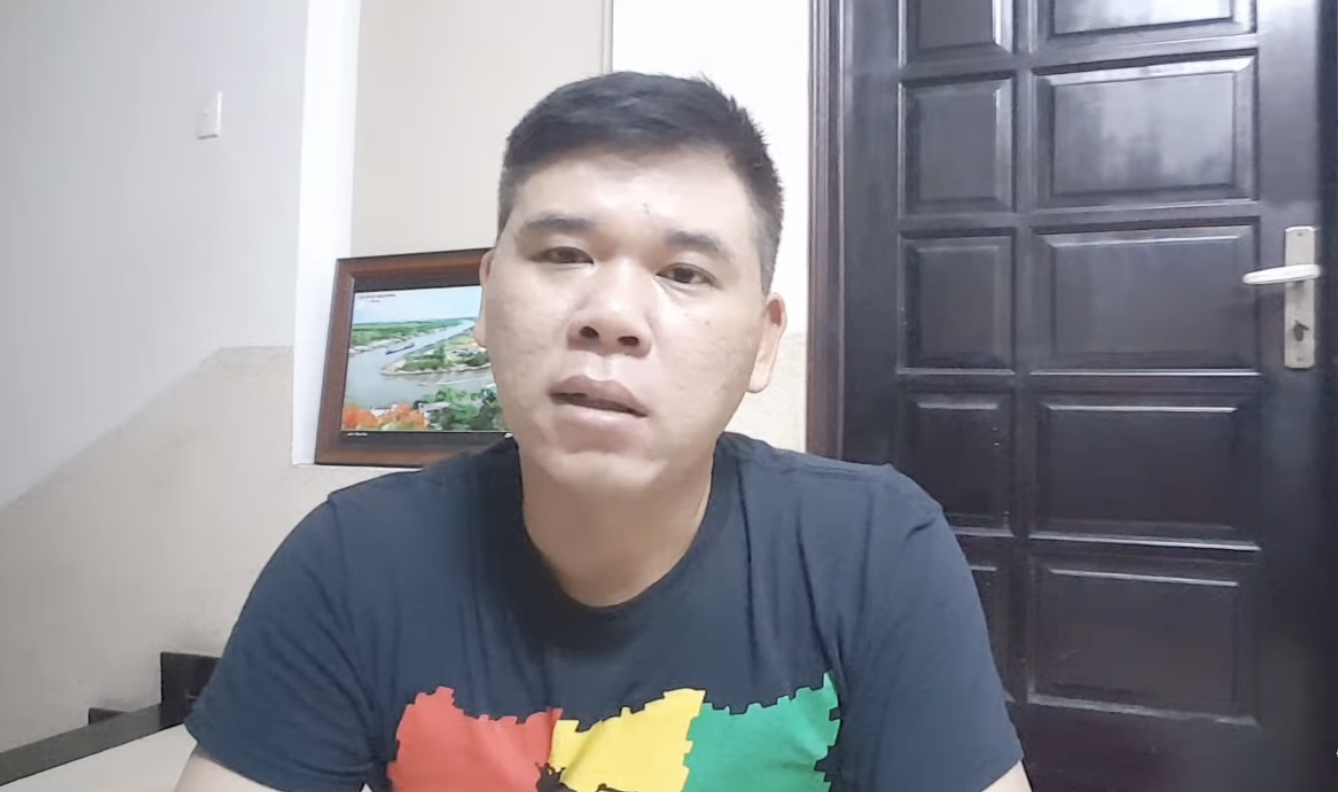 Tuan Duong in the explanatory clip

However, this YouTuber’s explanation was not only unsympathetic, it also sparked a fiercer wave of controversy. Many people wonder “why does charity have to shoot videos like that?” Not to mention, Tuan Duong’s sayings and actions in the clips make it easy for others to have a negative view of charity givers.

Here are some comments from netizens:

– I can’t believe YouTubers now give charity to earn money.

– The more I watch your videos, the general feeling will be that the poor have enough, don’t give them the feeling that you are “begging” more!

Currently, there are many YouTubers hiding in the shadow of charity, continuing to record, snatching the details of the sentence from view, the number of records in MXH. Users should be alert, immediately press the report: report objectionable content directly on YouTube so that the platform can take appropriate action.