InternetDesk: WhatsApp allows us to edit the photos that we send to other people through the application itself. However, this feature is not available on the desktop or web version, so the photo must be edited and shared separately. As of now, photo editing feature was introduced in desktop and web versions without any such requirement. Previously, this feature was only available to Android and iOS app users. With this feature called ‘Drawing Tool’, users can add cropping, rotation, emoji and text before sending photos on the web and desktop version of WhatsApp. 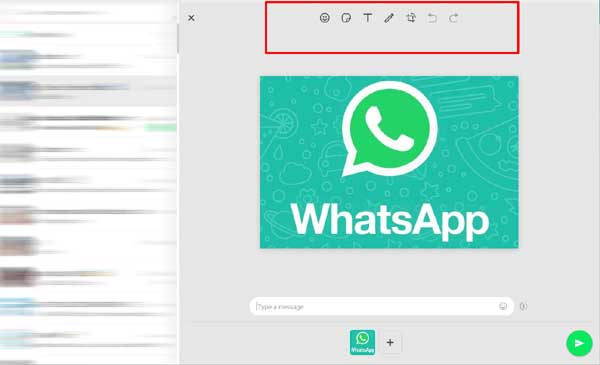 After uploading the photo that we want to send to the chat page, the drawing will appear at the top of the tool page. In it we see the options of Emoji, Sticker, Text, Drawing, Crop, Rotation. You can add them to the photo you are sending. This feature is already available to many users. WhatsApp says that it will be presented to all users in a few days. Also, WhatsApp 2.21.16.10 has brought a new update to Android beta users. This includes 217 new emojis. WhatsApp claims that with the help of these users they can better express their feelings. If you are a beta user of WhatsApp, go to the Google Play Store and get the latest update. WhatsApp is known to have recently introduced a new feature called View Ones. Apart from these, new features such as multi-device support, archive messages, cloud backup and local backup will soon be available to users.