Google introduced new hardware at I/O 2022, but it also needs software for seamless interaction. And that is exactly what the company presented in detail with Android 13 and unveiled new features. If you like it, you can already try Android 13 in beta 2. 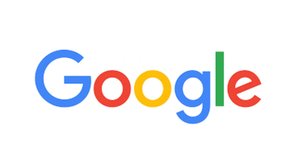 Google not only has that Pixel 6a, Pixel Buds Pro, a new smartwatch and tablet announced, but Android 13 is also shown in detail. There are some changes for which we must prepare.

See also  Smartphones that can withstand water to a depth of 1.5 meters.

Android 13 will greatly improve the ecosystem of Pixel devices:

You can get Android 13 Beta 2 on your Pixel smartphone now Try Pixel 4 and later. All you have to do is join the Android beta program and you’ll be offered the over-the-air update. Two more beta versions will follow in June and July. The beta version is also available for smartphones from Asus, Lenovo, Nokia, OnePlus, Oppo, Realme, Vivo, Xiaomi and Co. More about this on the special Google page (look at google).