Affiliate notice for our shopping offers

The products mentioned were personally and independently selected by our editorial team. If you make a purchase in one of the linked stores (affiliate link), we receive a small commission, the editorial selection and description of the products are not affected by this.

Since “Monster Hunter World” at the latest, the action series has been a fixture in the gaming cosmos. The motivating spiral of finding monsters, killing them, and forging new equipment from their individual parts to battle stronger monsters is particularly exciting in multiplayer.

The Last of Us Part I: The remake will feel very different on the PS5

Now a new part of the main series will probably appear soon. Because Twitter user @neonaga99 had described in a post that has since been deleted that links were found on a Discord program server in the backend through which codes for “Monster Hunter Paradise” could be obtained.

At the moment the links don’t seem to work, but the rest of the details fit. Playstation, Xbox and PC would be available as platforms, just like in “Monster Hunter World”. Additionally, a major leak from the Capcom company, which owns the franchise, included a “Monster Hunter 6.” 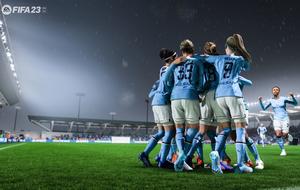 Fifa 23: The first trailer reveals the most important feature of the year

It will probably be a while before the official announcement is made. Capcom, for example, isn’t at Gamescom, which is actually an ideal venue for such a big announcement.