Impossible to do natively

Having this function on the iPhone allows you to have full access to all the applications that are installed on the iPhone. In this way you avoid forgetting any of them that are stuck in a lost folder. That is why, although Apple does not integrate it, there are other options to have some apps accessible, and that they do not go through the jailbreak. We tell you about them below.

Shortcuts to open an application

Although it does not work the same way, you can always use shortcuts that act as application shortcuts. In this way, if you have an application that you use very frequently, you will not have to constantly search for it through all the application pages you have on your iPhone. Shortcuts with a simple Siri command can be quickly opened saving a lot of time from saying the full name in case it can be really complicated. 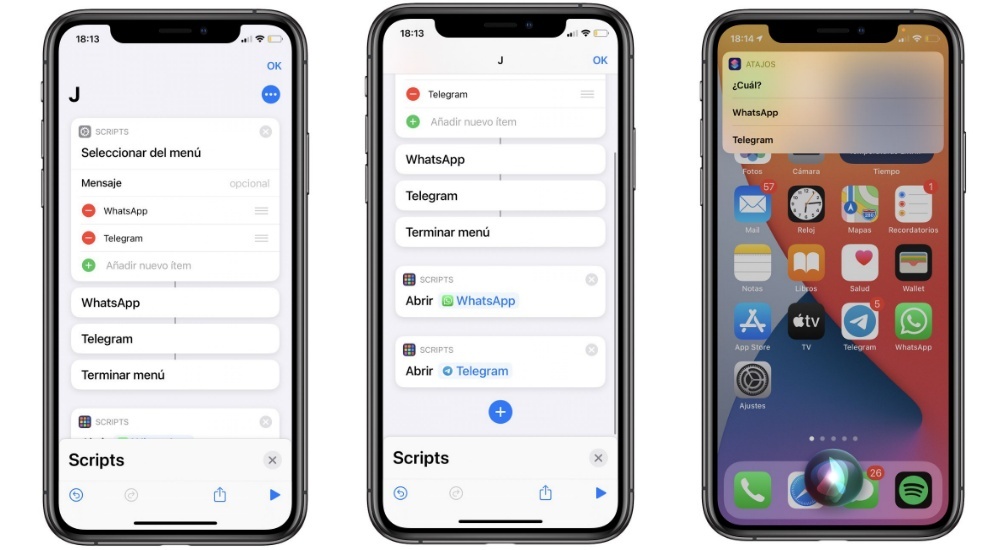 To be able to configure it, you will simply have to enter the Shortcuts application and follow the following steps:

When you run it, a menu will scroll with all the applications that you can run. By clicking on the names, choose the one you want to open. As we have commented previously, it can be executed through Siri in a very simple way.

Widgets that will allow you to group applications

With the arrival of greater integration of widgets with the iPhone home screens, alternatives have also arrived to have a more efficient application menu. One of these applications is for example Widgetsmith that will allow you to customize the home screen as well as create a totally personalized Widget. By default the widgets are conservative without the possibility of customizing them, but with these applications it is possible to do so without having to jailbreak.

With all this, there are many more possibilities to be productive and personalize the iPhone to another level. This is something that unfortunately requires third-party developers and is not achieved natively or in the way you would like.